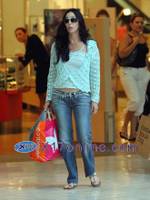 If you're a newbie Cher Scholar, this list might help you get some traction on your obsession. As we discuss items in the blog, you can begin to conspicuously consume them. I don’t condone, but I do enable.

Cher Albums
This is the apex of Cher collecting, IMHO. Get a spreadsheet of Cher albums going. Start with this Cher Scholar list. Many Cher albums are available on DVD; but some are still unreleased, or some releases have yet again fallen out of print. These searches should help:

Cher on TV
You can now purchase these Cher DVDs on Amazon:

Cher Movies
Any good Cher scholar worth his salt would have all Cher movies available and ready for emergency viewing purposes. All of Cher's major movies Start with this Cher Scholar list. That list includes all major supporting or main roles but not cameo appearances. All those have been released on DVD at some time or other. You should aim for a complete set and if you feel particularly obsessive, get the latest DVDs with the most special features (for instance Mask has both a studio (1998) and special edition (2004) with rare footage, and Suspect and the Moonstruck have been released twice, the second release with extra features including director's commentaries). Sometimes, these go out of print or a vendor stops selling them. Check these sources for new or used copies:

Books About Cher
You can now purchase these fabulous books about on Amazon:

Items By Peripherals
You can find these new or used on http://amazon.com

Cher Knick Knacks
General web searches are sometimes required to find these Cher collectibles. But good things often turn up on eBay, too.