When Cher Sings a Song: What It Means
Cher Shows Completed 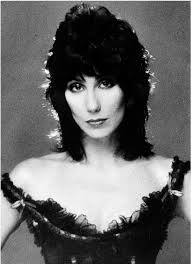 The Twitter Cher scholar at Cher Universe mentioned on August 21 the anniversary of the release of the Black Rose album 42 years ago.

I'm always impressed by young social-media Cher fans who for the last few years have been finding the most amazing, never before seen Cher pics hidden out there on the Internets. I've been combing through Cher pics for 45 years now and I've never seen some of these photos.

I first saw this Black Rose picture below from Victoria Shell's YouTube great YouTube bios of Cher (part 1 & part 2) from last year. Never saw it before that.

And the photo was shocking in its silliness. I commented on Twitter this image might have been part of the band's credibility problem. 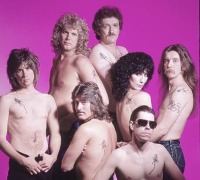 Allegedly, Black Rose was rejected from opening for the tours of every popular 1980s band except Hall and Oates. That might be an exaggeration but they were not a popular band.

This anniversary reminded me that I've been meaning to blog about the remastered Black Rose Import CD (which came from Ireland I think and during Covid it took months to arrive in the mail). The liner notes were worth the long wait because they include an extensive interview with Les Dukek about the experience, which is valuable. He was the main driver of the band, aside from Cher; and during the project he would also become her boyfriend of three years.

The liner notes call Cher's career "varied and unpredictable" and introduce Dudek from his work with the Allman Brothers ("Ramblin' Man"), Steve Miller, Boz Scaggs, 3 solo albums and a member of DFK (with Mike Finnigan and Jim Krueger).

Dudek calls this project a big mistake but also adds that Cher was not part of the mistake. He says he has very fond memories of his relationship with Cher. He says, "I totally lost my identity but I had a great time." The band itself, he says, was just a bad move for his career.

He says he was approached by Cher to help put together a band. She took him to dinner at Nick's Fish Market on Sunset Boulevard. Cher said she was working with a few producers but no one she liked. Dudek suggested James Newton Howard.

After working with them on her 1979 Prisoner album, Cher probably brought in the two members of Toto, David Paich and Steve Pocaro. Interestingly Jeff Pocaro is missing, a stalwart member of Cher's studio bands since the early 1970s). Dudek brought in Mike Finnegan for keyboards and he and Cher held auditions and jam sessions to assemble everyone else.

They recorded the album at Sunset Sound, Westlake and decided not to use Cher's name or photo in any early publicity materials, only to list her as a player with the rest of the band on the back album cover. (Eventually this changed.) 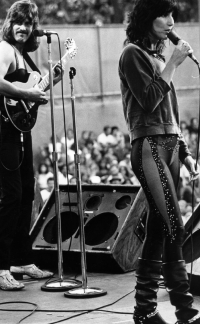 Black Rose toured with Hall and Oates and appeared on Merv Griffin, Tom Snyder (focusing on Cher) and The Midnight Special. There was a Central Park concert.

Although Neil Bogart was "a sweetheart of a guy," Dudek says there were issues using Cher's current music label, Casablanca Records; but Columbia Records had passed. Not only was Casablanca primarily a disco label, but with Bogart dealing with terminal cancer the label would soon fold. Due to lavish spending "the record company fizzled," Dudek says and was bought out by Polygram. Only 400,000 records sold. Cher became depressed. Dudek claims it was he who encouraged Cher to try acting again and to "go for the Oscar." He went with her to New York City to meet with Robert Altman. 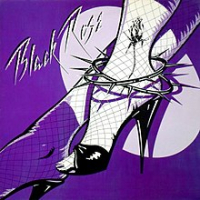 And the rest is Hollywood history. But I do like the front cover they came up with, its anklet of thorns and also Cher's attempt to downplay her Cher-ness on the whole thing initially.

It's a mystery why the band wasn't writing their own material, especially considering Cher and Dudek did write a song together.

"Never Should've Started" was written by David Foster, David Paich, James Newton Howard and Valerie Carter. Cher sings the intro well but then her vocal becomes swallowed and the whole thing seems hyper, screechy and empty. Not an auspicious beginning. A live performance.

"Julie" was a Bernie Taupin/Mike Chapman song and Cher's vocal is completely indecipherable here; but I do like to send the song periodically to my friend Julie and pretend the opening lines are "She-blips lie in the hungry ears" because yeah, of course they do! When I was eleven (1981) I also made a mix tape of all the swear words spoken or sang by Sonny or Cher strung together and this song was very helpful in that project.

"Take It From the Boys"  was written by Carole Bayer Sager/Bruce Roberts and I'm trying to think of something snarky to say about using David Foster and Carole Bayer Sager songs on your debut rock album, but thinking about it just makes my brain fog up. I have no idea what Cher is singing here in the verses and although Cher sounds convincing, I shall not be taking it from the boys in the street, whatever that entails. I do like the end though. You go Carole Bayer Sager!

"We All Fly Home" - This is just another way to say "We All Sleep Alone" but Desmond Child, Jon Bon Jovi and Richie Sambora wrote it better. This song also produced a gem for the cussin' tape. I would have been eating Dial soap tout de suite if my mother had found that cassette tape. Cher sings swear words really well, I will say.

"88 Degrees" - a song about LA on a hot day. I do remember the People Magazine album review taking special umbrage about all the vowels Cher uses to sing the word "split." (And no, the word 'damn' did not make the cut for the damn mix tape of Cher expletives.) This song really plods along.

"You Know It" was written by Les Dudek and I actually like this duet, more than any of the Allman duets.

"Young and Pretty" is the best thing on the album and the most likely song to be anthologized. Cher's still a bit muddled sounding but there's enough here to hang on to.

"Fast Company" - this was the song I most liked when I was 10 or 11 years old. It was challenging to sing along when I had no idea what words she was singing but I gave it a good go anyway. Like Redd Foxx told Cher on her solo show in 1975, you can get pretty far just on attitude. That's what this song says to me.

The liner notes say the album was mistakenly promoted as New Wave [which is pretty bizarre] instead of hard rock. The notes also maintain that the musicianship was high with quality songs and that Cher sounds "convincing as a rock vocalist" and "slots in with the rest of band...sounds like a proper band not a collection of session talents brought together to fulfill the aspirations of one person."

Except that is kind of what it was. Just having to say that...is kinda...the problem. 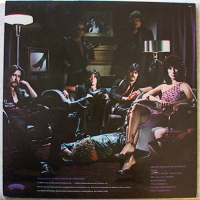 I actually don't think Cher was ready yet for this project. And the fact that she was bi-furcated between this band and her big circus Vegas act of pop songs was more of the same brand confusion fans experienced during the Gregg Allman years. I'm sure the proceeds of the Vegas extravaganza were bankrolling the personal projects but maybe that was playing it too safe. In any case, the result skewed more toward a Hollywood idea of what a rock band was (see the back cover for example), or a hodge-podge, over-orchestrated attempt to create one out of thin air.

That said, I do think this whole endeavor was practice for the more simplified and cohesive Geffen years.

An aborted second album allegedly included the Frankie Miller song "Aint Got No Money," "Dirty Old Man," and "Don't Trust that Woman," the song Cher and Dudek wrote together. 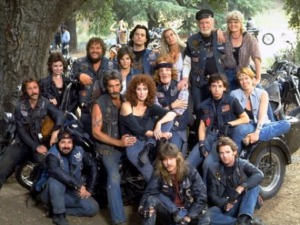 Interesting to note there are two versions of this song: the version Cher wrote with Dudek and he recorded on his solo album Gypsy Ride (1981) and then the version Elton John re-wrote with Cher later and recorded on his Leather Jackets album (1986). In 1985 Cher also got Dudek a role in the movie Mask as one of the bikers. "I did an album and a movie with Cher and I'm proud of it, so there," Dudek says, "She has a great work ethic. She's real dedicated to what she does."

Little timeline of Cher recording with men she was sleeping with:

1977: Allman and Woman, Two the Hard Way with Gregg Allman

And for a palette cleanser, Youtube served this up to me this morning, a Toto song I had completely forgotten about (thus giving me a K-Tel record flashback): https://youtu.be/rQysrhYnWHg. If only Steve Lukather from Toto had been in Black Rose too in order to give them songs like this.

And a shout out to Hall and Oates.

I have the original pressing on vinyl and love it! I think it sounds more natural and is easier on the ears than the remaster. I appreciate that Cher’s vocals are more abrasive and deeper with more attitude than usual. I didn’t like the album the first time or two I heard it, but the first time I heard it on vinyl it clicked for me. Same thing happened with Allman and Woman. I think they’re both fun detours, but in no way her best. Her ‘70s albums are my favorites.

'Fun detours' is a good way to put it.

lets hear it for the Cher Hairstyle. I loved it all layered and wisps of hair framing her cheek bones and
neck and it standing up in a point on top her head.
I have a 1981 Forum magazine with cher on the cover wearing nothing but a sweater pulled teasingly
down between her legs She is,also, sporting black fishnet hose.
Her hair is styled as above.