So last year Cher released a fun new product in her new perfume line, four different perfumes called Decades (based on the 1960s, 70s, 80s and 90s). I was very excited to see what this was all about. Unfortunately, I was too excited because the night I received my spray-bottle versions I opened and snorted them immediately without trying a blind test them myself. Which I immediately regretted.

So now whoever comes into the house is subjected to a Cher perfume smell test. For the most part, the test smellers have failed miserably and there seems to be no rhyme or reason who does better or worse (age, schnoz, recall ability). Seems it's hard to guess a decade by its scent although it doesn't seem an illogical task; decades do have particular smells: incense we associate with the 60s, that Windsong perfume I religiously purchased every year for my mother's birthday in the 70s, Calvin Klein in the 80s and, of course, teen spirit in the 90s.

That scents are so hard to ID is not surprising to me, though. There was a Children's Museum in St. Louis called The Magic House that my friends and I used to visit long after we were children (it was that fun) and The Magic House had an exhibit of boxes on a table with steel lids. You'd open each lid one by one and there'd be a powerful smell you were supposed to identify. The smells would be so familiar but impossibly illusive...like banana.

Mr. Cher Scholar (3 years older than me) initially ID'd all the smells correctly and then second-guessed himself and changed two of his answers. He said distinct memories came up from his childhood for each smell. The 60s scent had a floral smell he associated with that decade, the 70s scent reminded him of his mother's Jean Nate; and the 80s smelled like a date. 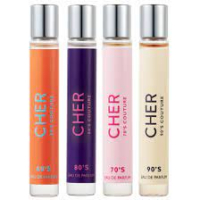 I gave the rollerballs out as a gift for Christmas. Dave (same age as me) guessed them all correctly. He couldn't articulate why. My friend Julie (younger but 80s era) got them all wrong. After knowing the correct smells, she did associate her mom's perfume to the 80s scent.

I threw two small Christmas parties this year (due to Covid). The first party was for my local cousins (both 60s kids). The party was a bit of disaster as the family was fully lactose intolerant and the menu was unintentionally dairy-laced. My cousins Mark and David both failed miserably. I blame the dairy.

The second party was for local friends all of whom were 90s kids. (I made sure to gather dietary requirements this time.) My friend Mary ID'd the patchouli in the 60s bottle right away. But got the others wrong and then proceeded to fold her answer sheet into an origami swan. Her husband Peter got the 60s/70s right but not the 80s/90s. He said he could tell they went from strong to subtle decade by decade. Melo got them all right but she cheated and guessed by the color wheel. Kalisha got the 70s/90s right but not the 80s/60s. 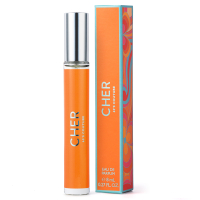 Last week, I just took a trip to Cleveland to try the rollerballs out on family members. My sister-in-law (five years older) got one right (80s), my brother (5 years older) got them all wrong, but did keep the 60s/70s together (which he said were more pungent) and the 80s/90s which he said smelled more contemporary, sweet, warm and leathery. My mother (1940s generation) made all the same guesses my brother did. My Dad (same generation) got only the 70s scent right.

You can get the rollerballs separately or in a set.

Soon, according to Cher's Instagram, we will be able to buy the fancy bottles in all the decades too.