A few months ago Cher contributed to the 2021 Wisdom of Sound with her Miley Cyrus song "I Hope You Find It." This was a benefit concert for the Ka-Nying Shedrub Ling Monastery and Nagi Nunnery in Nepal. Cher made an appearance, Richard Gere hosted and the live-stream included Laurie Anderson (also love; where else could Anderson and Cher appear together??), Jon Batiste, Norah Jones, Angelique Kidjo, Steve Miller Band, Gregory Porter, and Maggie Rogers.

Last year Cher also released an offshoot of her Eau du Couture line, scents from the decades (60s, 70s, 80s, 90s) for sale at Walmart in a larger bottle and small roller-ball bottles. I've been asking my friends to do blind smell tests to identify the decades. How bizarre this seems to locate a certain scent for an entire decade. I'm curious to know if there is consensus on this wild experiment. More on that later (I'll be testing family members in Cleveland soon). So far the younger kids are doing better at guessing the decades although they weren't around for some of them. 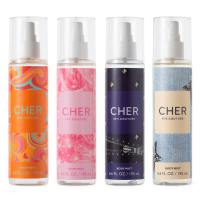 Cher has also done big things for Ugg in just one week. Here's their Cher page: 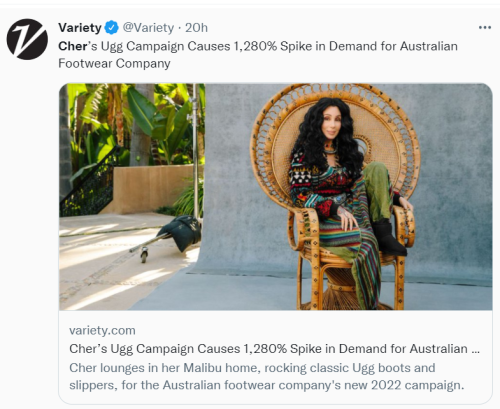 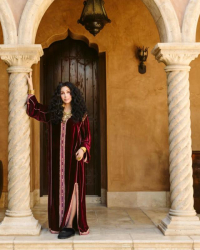 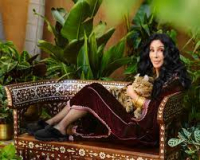 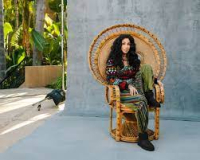 But that's not all. MAC Cosmetics this week has also unveiled a big campaign with Cher and the rapper Saweetie: 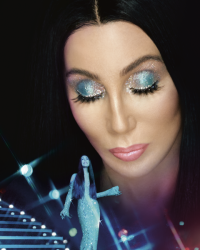 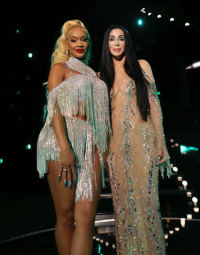 And that's not all! Late last year Scent Beauty released a body lotion for Eau du Couture and Cher went on HSN to promote it. Frustratingly, you could only get the lotion in combination as part of a set. But then they offered it as a one-off if you purchased other Scent Beauty products, so I bought my friend a few of the new Dolly Parton perfumes for Christmas and snared my body lotion that way. Now it seems you can just buy the lotion separately. It was like a Christmas shakedown. 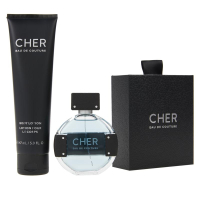 I was reviewing my date calendar from last year (it's full of quotes to inspire) and found I missed this Cher quote from April 2021: “If you really want something you can figure out how to make it happen.”

I have no memory of this quote by Cher, at least in the famous quote pages and books…yes there’s a book of Cher quotes. 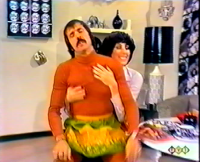 And best news of all, after over a year of hiatus I'm finally back on track with the Sonny & Cher Comedy Hour episodes with what I think is a very good lost episode, #56 from December 12, 1973. There are only 11 more episodes for this first variety show series. Then we move on to Cher solo shows.