Shaggy and Scooby-Doo in Drag
Out Here On My Own: Cher, Irene Cara and Karen Carpenter

So here we are the day before the Thanksgiving weekend. In a few days it will be the appropriate time to binge on Holiday songs. Since last year was like the least festive year I've ever had (truly 'the year without a Christmas tree' for the whole extended family), this year the yen to fest feels strong.

Meanwhile my friend Natalie has been feeling blue and her birthday is coming up so as I was discussing the fact that her gift has been picked out and is on its way she stopped me to say the only thing she wants from me is another Christmas mix tape. (She thinks it's hilarious I  studiously curate these mixes as an agnostic). So yesterday I started my Massive Christmas Playlist on Spotify to give to her this weekend.

Sadly, it has not one Cher Christmas song in the whole 6+ hours! Since Cher's best holiday songs were on her television shows (and are at best bootleg-able), none are on Spotify except for the one with Rosie O'Donnell and....eh.

So expect a Cher Christmas song blog post in the next few weeks.

A Night at the Academy Museum

I also want to say something about Cher's appearance on A Night in the Academy Museum. She had three segments. In one she talked about how important costumes are for actors in helping them form their characters. In another short segment, we see her famous fu*k- you dress and in a final segment she highlights her friend Diana Ross' dress from Lady Sings the Blues and an Elton John explosion of an outfit.

The special felt like a the longest commercial for a museum you've ever seen. A very good commercial, but a commercial nonetheless. I have to say my favorite part was Diane Warren's segment at the end talking about how many times she's been nominated and showing us the podium where one could visit the museum and pretend to win an Oscar. She was very funny and her whole spiel was pitch perfect. 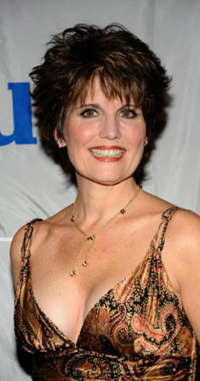 Despite Lucille's Ball's big presence in Cher's story (which is not insignificant), I have never been a big Lucille Ball fan or an I Love Lucy fan. Although I can say I do enjoy the antics of Lucy and Ethel sometimes and find Desi very attractive and Lucille Ball is excellent in Stage Door (a movie whose flowers determined my wedding bouquet) and in Big Street (a movie Cher showed us on TCM when she hosted).

I can just skip her TV shows is all. And one day last month I was sick with a cold and watched something I normally wouldn't watch, Lucy Arnaz's documentary on her parents, Lucy and Desi: A Home Movie. It was actually illuminating to see Lucy and Desi in private moments before the hoopla of their public life together. 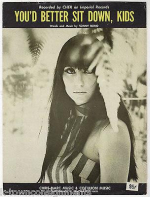 But in any case, Lucy Arnaz talks about the moment her parents, (who in her lifetime where always viciously fighting), were finally separating and she said she can't listen to Sonny Bono's song "You'd Better Sit Down Kids" because, she says, that's exactly how it was.

So I'd like to take a moment to enjoy the song in all its variations today:

Cher's original version on her solo album of 1967 With Love, Cher. 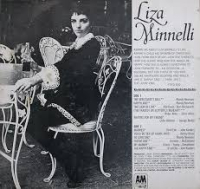 loved for its raw (and I would say, brave) sentimentalism.

As did Gary Puckett and the Union Gap.

Mary, may I bother you to ask about the Bobbleheads: The Movie.
Does cher have a starring role or is it just a quick cameo appearance?
I don't want to purchase it, if, she is just on for a second.

i, recently, started finishing my Sonny and Cher movie collection and my May Sarton
Non-fiction Book collection.

I was able to get both versions of Mask, but, the Faithful movie is so outrageously priced I won't be buying it.

Hi JDP, Cher is only in the movie at the end. You can see my review here: https://cherscholar.typepad.com/i_found_some_blog/2021/02/cher-in-the-time-of-covid.html - not a starring role at all. Definitely an "appearance." Totally sympathetic with your decision not to buy Faithful at a high price. :-)