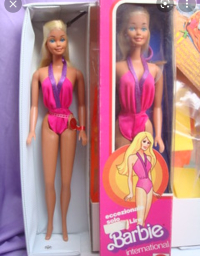 I’ve been telling people this story lately so I thought I should blog about it too. My friend Krissy was the only friend I had who was interested in playing with Barbie dolls (among many, many other things she liked to do). We both had the Malibu Barbie, which was the turn-of-the-decade Barbie to have at the time.

She had what looked like a spray-tan and a big diamond ring to indicate she lived in Malibu, had access to the beach and lots of money. Predictably, the ring fell out somewhere in the first few weeks which left her with a hole in her hand, freakishly flawed.

My parents loved getting me celebrity dolls for some reason. Probably because I loved the Sonny & Cher dolls so much. I had Wonder Woman, Cheryl Ladd (which looked nothing like the Charlie's Angel), and Donny and Marie (a show I’ve never even watched).

I also had the late 1970s Ken doll who seemed a bit of a dandy, like in Toy Story 3 but maybe more bordering on gay, although we weren’t too clear on what that was yet, and Skipper (little sister or cousin to Barbie, I can’t remember now, but she has those  sporty purple shorts).

Because Ken was not quite convincing as a romantic lead, Donny was the romantic lead to Malibu Barbie, whom he loved unconditionally despite her grotesque hand-hole. Sometimes Marie, who I thought was prettier than Malibu Barbie (she had that curvaceous purple dress) but who could hardly be hooked up with Donny (ew!) ended up with Ken, or more likely my brother’s very flexible and brawny G.I. Joe (which was an "action figure" and not a "doll"), whom I confiscated when my brother abandoned him. 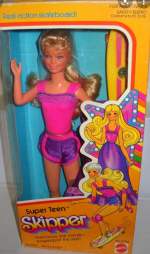 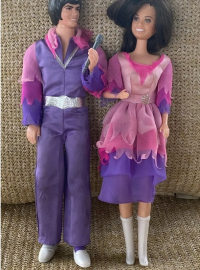 It bears mentioning here that Donny and Marie, Cheryl Ladd, Sonny and Wonder Woman were all generic sort of dolls, without any of their celebrity luster attached to them, aside from the repulsion of hooking up Donny with Marie. So you could insert them into work-a-day storylines very easily. This was very important.

Sonny reminded me of a Sergio Leone villain in the movies my brother and Dad always watched and so he was always the mustached villain.

Our stories were always salacious with a lot of dramatic sex. 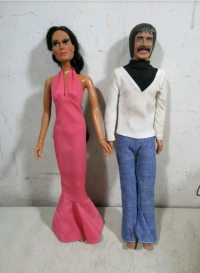 The Chers stayed on the sidelines...always. Even Wonder Woman with her painted-on super-suit was easier to place in storylines than Cher was.

Cher couldn’t be 'generic girl.' She was too Cher. Too big for the story.

And that right there is the magic of Cher.