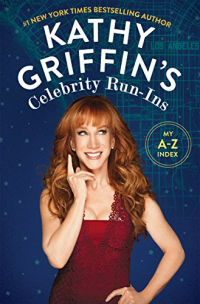 My friend Christopher gave me this book, Kathy Griffin’s Celebrity Run-Ins, My A to Z Index, as a gift a while back and I've been meaning to blog about it. In the meantime Kathy Griffin has been diagnosed with lung cancer. Fingers crossed she will recover soon.

You can keep up with her progress here: https://twitter.com/kathygriffin

In this 2016 book Cher's job description reads “Singer, Actress, Cher” (because being Cher is a large part of what she does). Griffin tells the story about how Rosie O’Donnell connected her with Cher and Griffin's first impressions of Cher.

Of course, Cher calls her Kathleen (because being Cher is what Cher does). Griffin talks about hanging out in Cher's bedroom (and closest), makeup sessions, closet raiding, and having to explain to Cher what a re-gift is.

The David Letterman section is also a conversation about Cher and how Letterman tells Griffin how intimidated he is by Cher and Griffin replies that he’s a thousand times scarier than Cher, “She’s a breeze.”

Then during a Salman Rushdie meet Griffin has to ask him to wait because Griffin is getting  a text from Cher.

I don't know if Griffin and Cher are still as close post Griffin's Trump scandal, but Griffin was still pro-Cher in November 2020:

Here are some pictures of Kathleen and Cher hanging out after raiding Cher's closet: 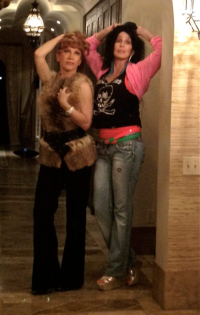 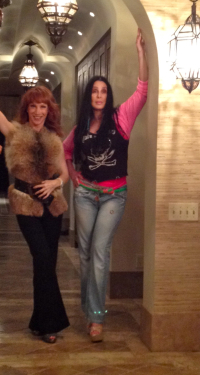 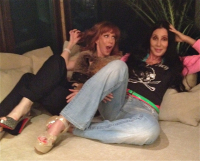 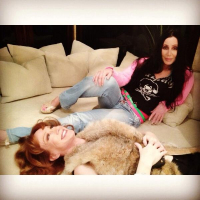 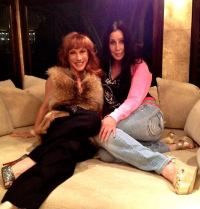 Griffin with Cher at the premier of Zookeeper and backstage at the Dressed to Kill tour: 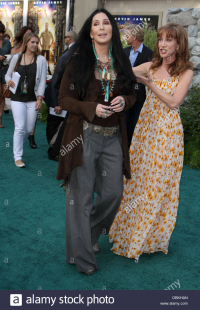 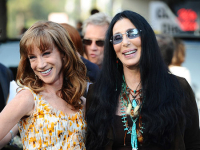 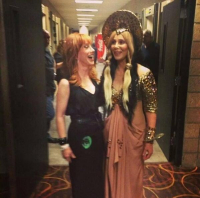 By the pool and in Hawaii: 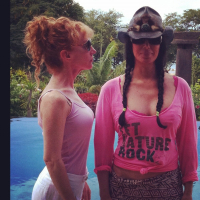 Filming a spot for Barak Obama: 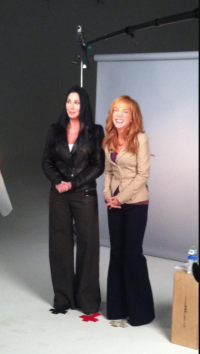 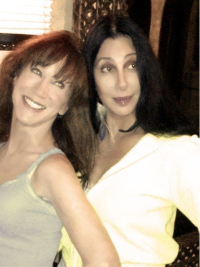 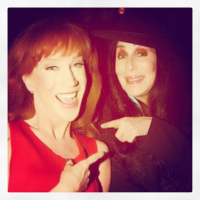 But I think what I love most about Kathy Griffin's love of Cher in this book is that she wears Cher tour shirts to meet other rock stars, like here when she greets Stevie Nicks. 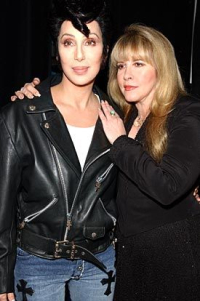 Omg
I love the pic of Stevie and Cher!

Do you think Cher has had breast implants?