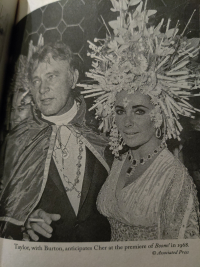 Notice the caption in the image to the left ("anticipates Cher") from an Elizabeth Taylor biography.

I'm doing a poetry/story HTML project right now for a class on Digital Literature and I needed to beef up on the subject of Elizabeth Taylor for it. I was never a huge fan because (a) this was my mother's era and (b) Taylor was on somewhat of downward slide when I first learned about her in the late 1970s. But I've gained a lot of respect for both Taylor and Richard Burton since reading more about them. 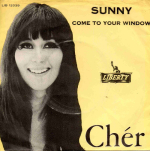 So it's come as a bit of surprise to see some natural parallels between Cher and Elizabeth Taylor, especially considering Cher doesn't call out Taylor as a major inspiration like she does Audrey Hepburn and Katharine Hepburn, aside from the obvious references to the movie Cleopatra: Cher's eyeliner methods and Sonny & Cher first calling themselves Caesar and Cleo.

But there are a few other connections I:

I didn't find a lot of Cher-Taylor mashups online but Cher did appear at Taylor's televised 68th birthday bash.  See the photo below of Taylor and Michael Jackson clapping to Cher's comments.

And here's a link to a 60s-era photo of Sonny, Cher and Taylor.

Interestingly, the tabloids were also trying to get rumors going about an affair between Cher and Richard Burton, which seems funny in retrospect. 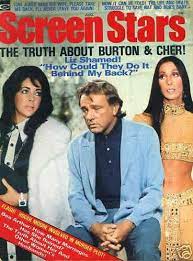 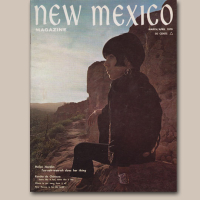 Also, I finally came across this picture of artist Helen Hardin on the cover of New Mexico Magazine with her late 60s wings. This photo always reminds me of Cher's wings in 1968: 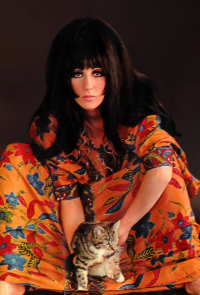 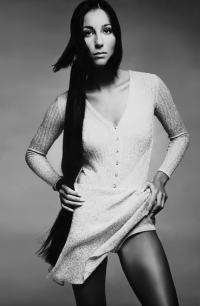 Posted at 11:50 AM in Cher Outfit Watch, Influence, What This Really Says About Me | Permalink | Comments (0)