Cher at the 'I Will Vote' Fundraiser
Moonstruck for Christmas

Cher Copies at the Met Gala 2019, a Cher Meme and Vincent Price

Looking at a recap in Cosmopolitan magazine, I noticed two dresses at the 2019 Met Gala that seemed very derivative of past Cher dresses. I don't know why but the Kim Kardashian dress reminded me of Cher's 1998 dress for the Academy Awards. Is it me? 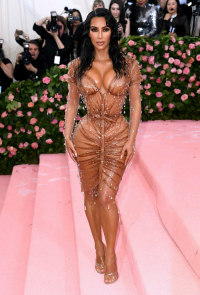 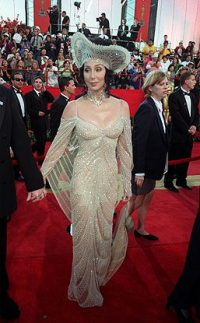 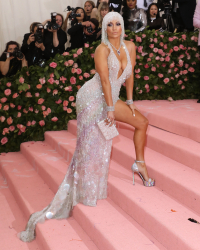 Cher set off a meme October 21 when she simply texted "I'm here" after being away from Twitter for awhile. Many people responded to finish the thought.  For example, Alanis Morrissette replied "to remind you."

My version was "I'm here...I said to the cobwebs forming in the bathroom we use everyday." 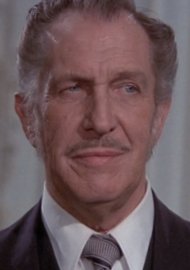 A few months ago I watched the early 1970s Dr. Phibes movies and got really into Vincent Price, "the Gable of Gothic," even buying one of his cookbooks and reading Vincent Price, A Daughter’s Biography by Victoria Price.

I found I have a few things in common with Vincent Price, including St. Louis, Missouri (growing up there I already knew that), Albuquerque, New Mexico, a love of Native American art and a love of the horror genre. So I've been watching a lot of Price movies on streaming.

Plus, one of the long lost episodes of The Sonny & Cher Comedy Hour is the Vincent Price episode so I was interested to know if Victoria Price would mention this episode in her book. I actually had trouble finding it at first. Turns out her parents were going through a divorce that year which took up most of the chronological section of the book in 1973. In chapter 29 where she catches up with Vincent Price’s early 1970s TV appearances she covers the show:

“…I did meet a few famous people who really impressed me. During my one allowed hour of television I often watched reruns of I Love Lucy, so when my father guest-starred on The Lucy Show in 1970, my mother took me to watch the taping…A few years later, my father took me with him to tape an episode of The Sonny & Cher Show [really really the Comedy Hour]. I had seen the famous duo on TV, and was causally interested in meeting them. Their daughter Chastity was a baby, and I was introduced to both mother and daughter in what seemed more like an exotic boudoir than a typical studio dressing room. But much more exciting than meeting Cher was meeting their other guest star, George Forman, who had just been crowed heavyweight boxing champion of the world. He seemed so big that when he shook my hand I was afraid he would crush it. But he had the gentlest handshake. I was thrilled to meet him because I was a sports fanatic. Growing up in Hollywood, I never idolized movie stars. I never found them glamourous because it seemed to me that they were simply my father’s colleagues. But sports were another thing. And animals. For my tenth birthday, I was taken to meet my favorite movie star—Lassie.”

Chastity too was duly impressed by Lassie when the dog appeared on The Sonny & Cher Comedy Hour.

George Foreman actually didn’t end up airing with the Vincent Price episode. This isn’t unusual as guest stars were probably filmed, cut and aired as needed. Vincent Price’s episode aired with The Temptations on December 5, 1973 (Jerry Lewis had the Halloween spot for some unfathomable reason). George Foreman ended up in the #56 and #60 episodes which aired on December 12, 1973, and January 16, 1974 respectively.

Where can I find a copy of the Sonny and Cher Comedy Hour episode that had Vincent Price and The Temptations on it? The episode is not available on YouTube, as nobody has found the episode to post it there. I became a fan of Vincent Price in the 1970s, and I'm still a fan of his to this day. I also had a crush on him from late 1973 to mid-1978. I would love to see that episode of the Sonny And Cher Comedy Hour again if someone would find it and post it on YouTube so I can watch it anytime I want.

Hi Margaret. I wish someone knew where this episode was. Cher fans have been looking for it too. I am also a Vincent Price fan. I would LOVE to see this episode and some of his cooking shows from the 1960s. Maybe someday...