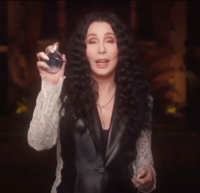 On September 10, 2020, Scent Beauty announced that had Cher won for customer choice award by The Fragrance Foundation. Here is the Cher’s video where she gives thanks.

The Kate (The Katharine Hepburn Cultural Arts Center) also informed me that Cher will receive the 5th annual Spirit Katharine Hepburn Award in a virtual gala on Saturday, October 3 at 7:30 pm (assuming this is eastern time).

According to The Kate, “the award is given annually to an individual who embodies the bold spirit, fierce independence and distinctive character of the legendary Hepburn.”

Wow. This news made me tear up. It’s quite a shadow to be recognized within! I’m a fan of both but have never been able to contain these two women under the same umbrella; they’re from such different times. But feisty and mighty they both are!

This year’s gala honors Cher’s career in movies, music, television, broadway, and humanitarian efforts, including forming CherCares, and her past acknowledgement of being a fan of Katharine Hepburn. Cher has commented about Hepburn’s “determination, authenticity and uniqueness” and says she is “never bored watching her movies over and over again.”

Ditto to all that. I’ve probably read more Katharine Hepburn biographies than of anyone else and I never stop appreciating how Hepburn continued to evolve and think critically about the world and others right up until she died. She was an amazing mentor for young people and equally for us aging people. What an honor!

The gala will stream live online from www.thekate.org free but with donations being accepted.  You can also access the site here: https://www.katharinehepburntheater.org/.

The award statue Cher will receive is in likeness of Katharine Hepburn (sculpted by Kimberly Monson, check it out).  I can’t help but think of the Bono Award right about now, although the Kate award is much prettier. 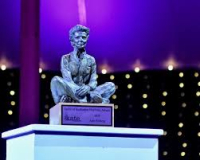 Cher will give acceptance remarks and there will be an interview with Ann Nyberg, a past winner. There will also be an online auction a week prior to the event.

I can’t wait to visit this center in Old Saybrook, CT, once coronavirus is over. It’s exactly the kind of celebrity think-tank center that I find so fascinating (see The Buddy Holly Center in Lubbock, TX), both like The Chersonian Institute but with a budget and filled with smart people! 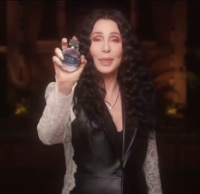 Posted at 10:59 AM in Cher Product, Scholarship In Action | Permalink | Comments (0)