We've all seen those iconic photographs of Sonny on the phone brokering business with Cher in the foreground in a black and white fur coat. I always thought maybe this was their house office. 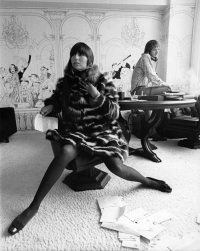 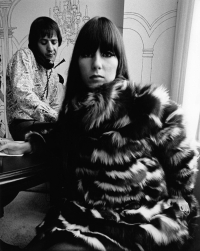 The article says, “Sonny is all business, of course. He has to be, what man isn’t…” Apart from having two sentences needlessly separated by a comma, that casual sentence is hilariously sexist.

What is Cher doing while Sonny is all business? “Cher diligently reads her fan mail.” Not business-related I guess.

Here are the actual photos that ended up in the magazine (click to enlarge): 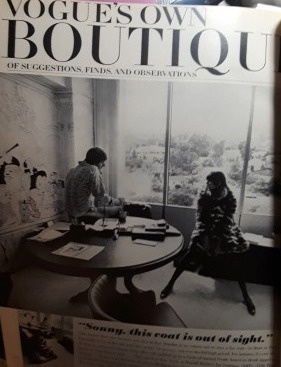 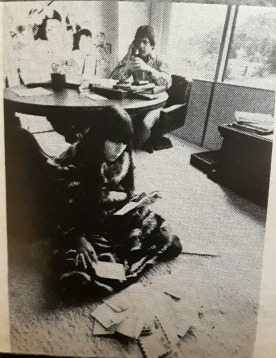 Cher is also shown in her Excalibur “tooling” around. 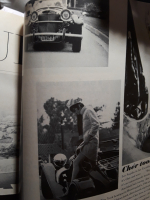 She’s also shown shopping at The Sunset Strip store The Psychedelic Conspiracy. The first picture is in the magazine, the second is an alternate image online. 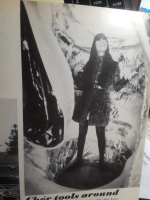 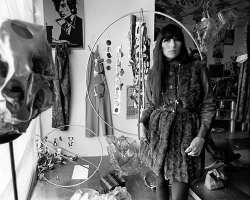 I must say I love these jumping pics though. 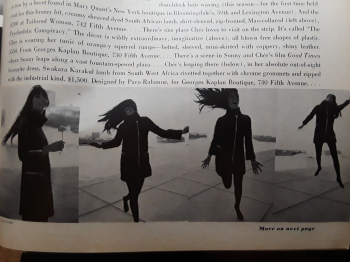 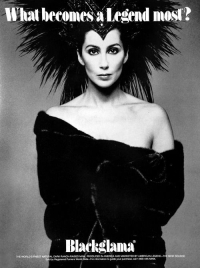 All photos display Cher wearing her fur coats and include notes on the stores where she purchased them. It reminds me of Cher's 1986 Blackgama ad.

I could be wrong, but it seems doubtful she would do a fur spread these days.

She seems much more furry-friendly and less fur-friendly now.