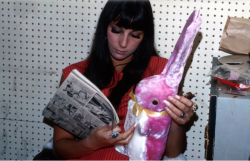 The picture to the left is Cher reading Mad Magazine in the mid-1960s,

So I've been organizing Cher loot during the Great Shut-In and I'm finding some good stuff....and some not-so-good stuff, like this Mad Magazine spread from March of 1973, which is ironically exactly where we're up to in cataloging the TV episodes.

Mad Magazine loves to take the piss out of popular things. So the tone of this isn't surprising. I don't tend to enjoy their sense of humor, although I enjoyed Spy vs. Spy as a kid. There's another clipping I once ripped out of one of my older brother's 70s-era issues that had a predictive age-progression for Cher's face. It was wildly inaccurate (looking back as it assumed she would never change her hair style) but I remember feeling a sense of dread about it (and not just because I destroyed a possible eBay sale from my brothers' future). I'll post it here if I come across it.

Here is the comic I was able to locate online. Click the thumbnails to enlarge. Prepare to be underwhelmed. 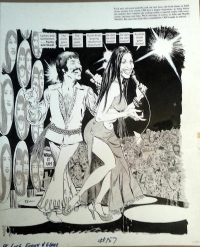 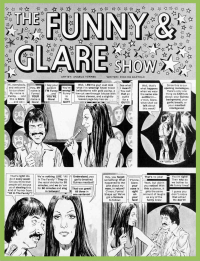 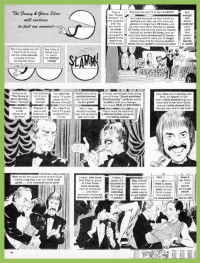 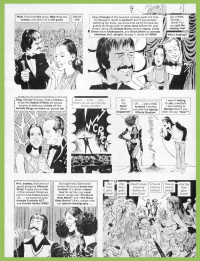 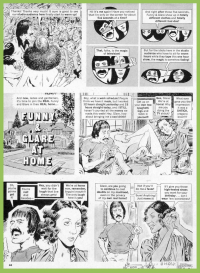 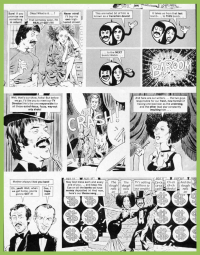 I think part of the un-funnyness is knowing that the premise of the critique (Cher being a bitch who pushed Sonny around) was based on a tragically false assumption. I also think this is a macho response to an emerging feminist subtext occurring in this show. And I'm not just trying to be an academic wonk. (Liar!) This kind of response sort of proves that something unnerving was happening. It's like that disturbing quote from Chris Hodenfield in the 1973 Rolling Stone piece where the author's male friends were hoping Sonny "beat the shit out of her with a tire iron" which was also a macho-Rolling Stone-reading male response to seeing a woman (a wife, no less) like Cher on television daring to act assertive and critical when, at most, macho male audiences were used to seeing only the challenges of tentative but cautious characters like Marlo Thomas' Ann Marie or Mary Richards or Gloria on All in the Family. And then there's Maude. Look, Cher isn't even included in the list: https://www.thoughtco.com/sitcoms-of-1970s-3529025. But she got this kind of blowback. Why was that? 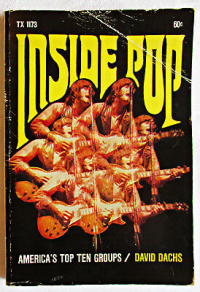 There's an interview with Sonny & Cher in the book “Inside Pop” book by David Dachs (1967). The most interesting parts describes a Cher modeling shoot for Vogue and calls out the uniquely packaged deal of Sonny being a writer, producer, provider of arrangement ideas (if not fully the arranger), music editor, and the one who chooses the master. The author says they were able to keep a lot of their royalties this way. The article also states that in his pre-music-biz life, Sonny was a masseur. I wonder if Cher got free massages during their time together. The interview also references Sonny's early compositions including “Koko Joe”

and “You Bug Me Baby," recorded by Larry Williams, which I first heard on my local oldies station a few months back.

The author calls them an ingratiating couple and talks about their upcoming planned movie Ignaz (never came out)  and says the movie was concerned with “mind expansion.” The author finally concluded that they “aren’t all 'camp' and kooky clothes.”

What a hip word to use. Susan Songtag's essay "Notes on Camp" had just come out in 1964.

I found an old local newspaper from when I was living in Lancaster, Pennsylvania, in the year 2000. The American Film Institute had came out with this list of the funniest movies of all time.

Posted at 09:10 AM in Cher in Art & Literature, Film, Music, Scholarship In Action, Television | Permalink | Comments (0)