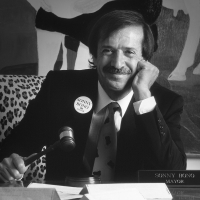 I found this article while looking for stories about Sonny Bono and Little Richard (when that icon of rock and roll died last week):  You Don't Know Sonny, a blog post from 2018 by the record collecting/radio DJ married couple Laura and Casey. The site is called Runout Numbers and this was a great piece summing up the achievements of Sonny. To my surprise the article even mentions Cher Scholar!

Here are some highlights:

“Sonny Bono died 20 years ago today [this must have been January of 2018]. If you’re a rock and roll fan, you should care. I f you love a good American bootstraps story, you should care. And if you’re looking for an inspirational story of persistence,  he’s your guy.”

The post describes how Sonny never let people’s opinions stop him (or judgement about his lack of qualifications): “the one thing that never got in his way was whether or not people thought he should be there.”

This blog also calls out Sonny’s work with Sam Cooke, Larry Williams and Little Richard, all on Specialty Records. 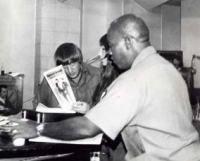 And she mentions Sonny’s monetary and personal support of Dr. John’s first album Gris-Gris, his collaboration with Harold Battiste and Jack Nitzsche, Sonny's association with Phil Spector and why Spector eventually fired him, the connection between Sonny & Cher and the Rolling Stones, the many covers of Sonny songs (The Rolling Stones, The Searchers, The Ramones, Stevie Nicks, Jackie DeShannon…to that I’ll add David Bowie and Marianne Faithful, Stevie Wonder, Paul Weller, Dalida….).

“Most of Sonny’s main contemporaries…from former bosses, collaborators, and artists he worked with are members of the Rock and Roll Hall of Fame—even his godson Anthony Keidis. Phil Spector, Darlene Love, The Ronettes, Carole King, Gerry Goffin, Leon Russel, Art Rupe, Dr. John, Sam Cooke, Little Richard, Hal Blaine—the list goes on. I’m not arguing that Sonny belongs in the Hall of Fame anytime soon [I am], but he was working directly alongside titans of popular music and still isn’t seen as any time of a figure in rock history.”

To her list I would add Atlantic Records and Atco head Ahment Ertegun. 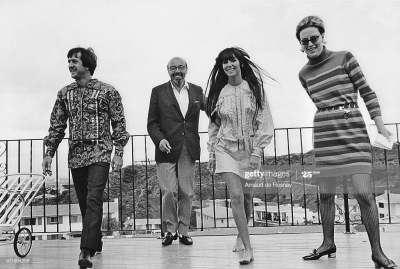 By the way, Laura points out that “Sonny remains the only member of congress to ever have a #1 hit single.” She says, “

To speak to the comment about my link in the article, I do agree Sonny did a solid performance in the movie Escape to Athena. In fact, Cher Zine 3 has an article called "Going Solo with Sonny" where I did reviews of all his movies I could locate at the time:

I also list highlights of his congressional voting record. Thinking about Escape to Athena inspired me to look up images of the movie. Click to enlarge. By the way, the Deacon Dark Facebook is still posting funny stuff, including a bunch of funny coronavirus related posts: https://www.facebook.com/deacondark