The show begins with a big song and dance number. Each crib has the couple's surname on it. 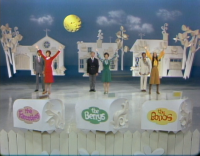 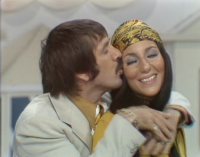 In Cher's first skit, the new mothers are in a doctor's waiting room (Dick Van Dyke plays a somewhat smug doctor) wondering how hard their pregnancies will be. Cher's hair looks great in all these skits. 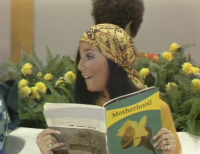 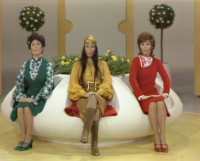 In the next skit with Cher, Sonny is trying to call Cher's father to tell him the good news, but Cher wants to keep the secret until she's showing. 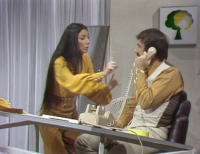 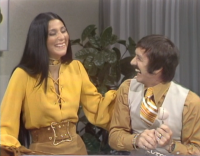 In the next skit, Sonny & Cher argue about purchasing too many things for the baby. 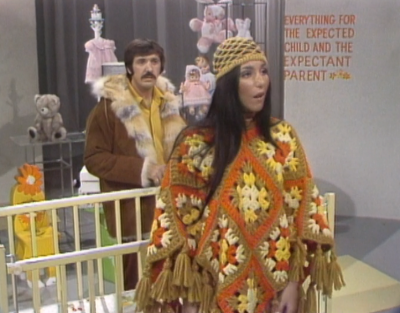 In the next skit, they argue about Cher's mother coming over to help out once the baby is born. 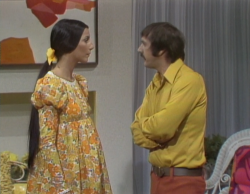 Next is another big song-and-dance with the full cast singling about baby names. Cher actually considers the name Mary. I can't deny this was somewhat exciting seeing as I once fantasized about being the kid of Sonny & Cher. As if Cher would ever pick such a pedestrian name for her kid, though.

But I always think about that little grade-school boy who wrote about the meaning of love as "when your name sounds good in their mouth." 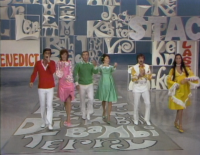 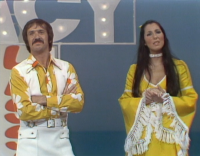 This last skit is a creepy one where the three women idolize their doctor, Dick Van Dyke, who sits on a throne! The women are all infantilized as little girls. Ugh. This was back before you could insist on having a female gynecologist! 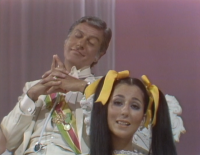 The last skit is where the dad's get one last visit at their wives before they're wheeled into the delivery room. This was also back in the day when new fathers did not get to stay in the delivery room! What a time capsule this is! 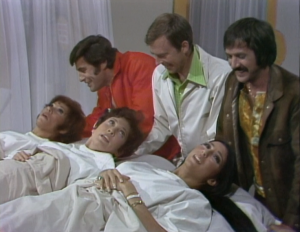 IMDb.com shows that this was released Feb. 24, 1971 so production was probably done in last quarter of 1970. I would say that would be correct according to pics you're showing. It's about the same look they had on their 1970 appearance on Love, American Style. Cher's hair is definitely longer here than it was when they co-hosted on The Mike Douglas Show in Oct. 1969.

“Cher and I worked our asses off that summer. It probably cost me my relationship with Cher, but all I saw was the chance to get a leg up on things and stabilize our debts, and I went for it full throttle. We guested on several television specials...In July we guested on a summer special costarring Michele Lee, James Farentino, Ken and Jackie Berry and Dick Van Dyke. Our manager began to receive inquiries from producers.”

So that was Sonny’s excuse. I wonder what the others’ excuses were because this TV special has no redeeming feature that I can discern. I suspect that few of those who were in it and who are still alive in 2020 (Cher, Michele Lee, Jackie Berry a.k.a Jackie Joseph, and Van Dyke) will have welcomed it coming back to light again after all these years. Cher had never before looked as dowdy as she did here in yellow, orange and brown, and she never would do so ever again. It is extraordinary to think Bob Mackie did the costumes. But, no doubt, he had a brief to execute. The (trite and instantly forgettable) music by the other Ray Charles (not the blind singer and pianist) won the Emmy in 1971! Sonny would have been entitled to think that his scorned Inner Views album and the throw-away Quetzal instrumental b-sides on the early Sonny and Cher singles were all undiscovered classics if this was really what Emmy winning fare sounded like.

Still, from a fan’s perspective, the show is a valuable document that evidences how difficult this middle period was for Sonny and Cher and how desperate they were at this time. This is conventional mainstream television at its worst and it’s extraordinary to see Sonny and Cher playing the roles of such conventional entertainers when only 5 years before they had been seen as something very different.

What is also remarkable is that although Michele Lee is the most obviously polished performer and, by conventional standards, the finest voice here, neither Sonny nor Cher are obviously shown up in the company of these comparatively seasoned TV professionals. They turn in creditable dancing, singing and acting performances.

Thanks John. Well worded response. My only guess is that this was an elaborate add to get mothers to buy gas appliances instead of electric (judging by the commercials). And thanks for the clarification about Ray Charles. That makes much more sense now. I agree Sonny & Cher hold their own somehow alongside these polished song-and-dance performers.

I found this on Amazon Prime Video and watched for first time this evening. It was fun to watch since I love Dick Van Dyke (was actually searching for Dick Van Dyke movies to watch) and found a bonus with Sonny & Cher. I also noticed in one of the gas commercials was a young Sally Struthers in the carnival spot. At the end of the credits it said @copyright 1970 but suppose it aired in 1971. It was heartening to think at the time that Sonny & Cher were still happy in their marriage. Confirmed in credits that Bob Mackie was costume designer and I think they were cute and appropriate for the setting. Thumbs up all around.