Thinking About the Cher Biography 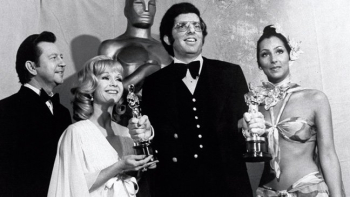 Before I forget, Cher performed at the finale of this season's Dancing with the Stars. I don't know who won. I don't watch that show unless Cher or her peripherals are on it. But USA Today reported on Cher's appearance on the show. I found it striking she appeared on a 2019 show singing a 1967 song or rather she sang her own 52 year old song. 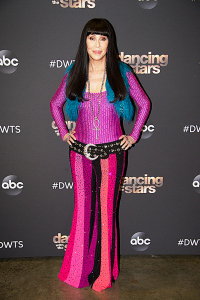 I've been thinking recently about Cher's upcoming biographical projects: the Cher musical to travel in 2020, an upcoming biopic and her autobiography.

I don't know if her book is in the can but I hope it includes music and artists she was influenced by aesthetically, interior design influences (and other "hobbies"), records she loved (and what Sonny thought of them), movies she loved, what the big mistakes were, who helped in little and small ways, and maybe even some dish on a few dramatic kindnesses and large slights.

I think about the evolution of the Katharine Hepburn biographies (aside from Cher, I've read as much KH), and she got really reflective and reconsidered some of her earlier stances on issues (like boycotting the Oscars) toward the end of her life and it felt very human and enlightening. Actually, Hepburn's last opinion on attending the Oscars helped me show up at a book awards event this year.

While I was making one of my unsuccessful attempts to find Cher's copy of Marie Claire, I picked up a British film magazine that caught my eye, Little White Lies, the Judy Garland issue. (I've read a few JG bios too).

Anyway, I liked how the articles in that magazine described the aims of her recent biopic:

“There is no two-bit mimicry here, no over-rehearsed tics or obviously detectable plummy accent. Both [Rene] Zellweger and [the director] understand that overzealous imitation in this type of film only serves to drive a wedge between audience and material. The ten-a-penny peacock turns by up-for-it chancers doing their best karaoke so often drains a movie of nuance and credibility, as all the focus is placed on, what is, a pageant for paid-for narcissism.”

In another article in the magazine Zellweger says

“We feared that the more you veer away from what is authentically you, the less likely you are to connect with the person you’re representing.”

And here's a quote that I feel sums up something unique about Cher. In a recent interview, Cher was telling the story again about the theatrical trailers for Silkwood and nobody knowing she was sitting in the theater. When her name came up in the trailer, everybody laughed and how painful that was to experience.

The interviewer asks Cher if she felt a strong reaction at the time, like "they're all wrong about me!" and Cher said no, it was an organic response. "I never argue with reality."

What a quote, huh?

My friend Christopher alerted me to an old Entertainment Weekly review of Cher's album Love Hurts. Christopher says the magazine had just started when this review appeared. It isn't great at a B+ and takes so many attacks at her Geffen era that I almost feel protective of Diane Warren, Jon Bon Jovi and the decade of schlock rock:

"[This album] finds the warbler surrounding herself with the most formulaic hit songwriters alive (Diane Warren, Desmond Child). To boot, Cher has cannily stuck with the production style most lusted after by cynical radio programmers, stressing power chords that plotz all over the place, battalions of backup singers who scream their guts out, and keyboard blasts so resonant they sound like they were recorded in the Grand Canyon. Every song approximates that most reliably commercial of half-breeds, the part-rock, part-pop power ballad. So why, given this gluttonous buffet of calculation, is the album so much fun?"

Then going on to say,

“For all the fakery that surrounds her, Cher remains weirdly genuine.”

A common refrain of later-day Cher scholarship right there. What are the ingredients that made that?