The Definition of Kibitz
Watch Moonstruck for Christmas 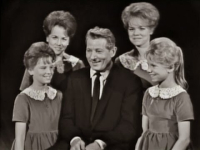