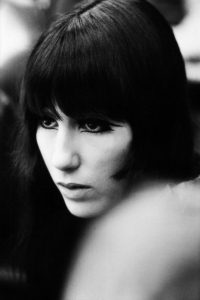 Cher has a pretty big musical catalog, with over 30 studio albums alone, forget about soundtracks, live albums, rare bootlegs. Recently reviewers have been taking a look back.

Rolling Stone did a light but nice tribute story on Cher's endurance.

Christopher Muther at The Boston Globe recently did a fabulous piece revisiting her best covers. I have to quote a lot of it because it was so surprising and mind-blowing:

He starts by asking, "Did you ever associate the pop goddess with Bob Dylan, the Kinks or James Brown? Bruce Springsteen, Bee Gees…"

And then he goes through some less-than-successful covers, including the album Dancing Queen which he feels was rushed karaoke music, except "Fernando" (the only track produced by ABBA's own Benny Andersson) which he says “almost rivals the rebellious spirit of the original.”

Here are other songs he liked:

It's interesting to me how much music critics love Jackson Highway and how fans always love on Stars more or Backstage.

And then last month, Sirius Radio had about a two-week Cher channel that my friend Julie hooked me up with. More on that later because I wrote down all the songs they played for 7 days and it's pretty interesting what made it in and what was left out. Coming soon. I'm dong real scholarship on it...with like a spreadsheet an all. Nerd alert. 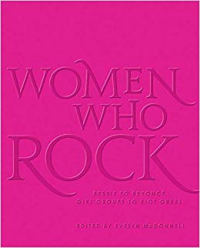 Finally, over Christmas I was given the book Women Who Rock, an encyclopedia of 100 women artists edited by Ed Evelyn McDonnel.

It's also interesting to see who made it in the book's list and who has fallen by the wayside. It includes gospel, blues, country, folk, pop, Latino, Caribbean, rap, Motown, SoCal, Experimental, New Wave, Punk, R&B and rock artists and includes Darlene Love, Carol Kaye and June Millington (which is great) but not Pat Benetar or the Indigo Girls.

The intro essay says the book focused on "game changers" and leaders vs. geniuses and survivors in the wake of rape, bad contracts, sexual exploitation, anorexia, bad management, Svengalis, addiction, suicide and murder. For instance, they couldn't put in every singer-songwriter (like Carly Simon, who didn't make it in either).

The Cher essay was written by Lucretia Tye Jasmine, who summarized Cher as a "singer, actor, comedian and business woman" and calls Cher "woefully underrepresented and unappreciated in the canon, that she "kicked down doors and painted flags" in music, feminism, fashion and social justice.

She smartly picks up on this very important angle regarding Cher being cast as a Vamp: "sex was a joke but she was not the butt of it." She says Cher made theater of social issues with "Half Breed," "Gypsies, Tramps & Thieves," songs about outcast and the condemned.

With her "crooked teeth and low voice" she was always "strong, in narrative control" with an "elaborate self-presentation" that signaled "a trust in one's own experiences." Honestly, I'm not sure what that last phrase means, but she calls it a "panache of glitter" and says she "commands the stage."

She admires Cher's decision in the "Turn Back Time" video to use a Navy ship, "the bastion of masculinity." Most importantly she had the "ability to withstand and transcend critics."

Jasmine also elaborates on Cher's musical record breaking stats: only artist with a #1 single in decades from the 1960s-2010s, oldest female artist with a #1 US Billboard song, only three artists of five with a US#1 hit single and an Academy Award. Plus a Grammy, Emmy, Golden Globe awards, an Icon Award and a Razzie. 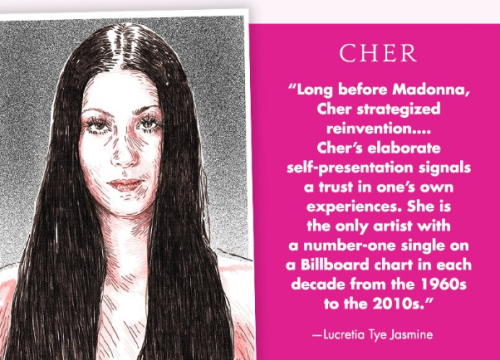