Stories on the Sleeve: Take Me Home
Cher's Latest Tour Getting Universal Raves

Broadway's Cher Show Holding Its Own 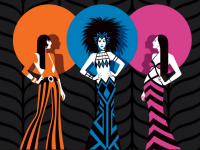 Here's a Playbill video of Carol Burnett and Nancy Pelosi among others, talking about the larger meaning of the Cher Show. I found this clip really, really moving. Especially the Carol Burnett part.  Verklempt City!

This hilarious GQ article is called the "Real life diet of totally ripped Sonny Bono from the Cher Show" and it showed up on my Twitter feed.

Jarrod Spector has been doing some really great interviews about how he captured the characterization of Sonny Bono without going campy or shallow. Here's a great video interview.

And a positive review on the show from Forbes magazine.

The show receipts initially showed a fill capacity in the 90% and 80% range, recently dipping into the in low 80s and sometimes high 70%. My friend Christopher (an entertainment stats-tracker hobbyist) has been tracking the show with me to check on the health of the show. Originally he told me a show needs to hover in 80% to stay viable. So I was concerned with the recent dip. But he still thinks the show has legs due to the Tony nominations and the built-in fandom.

Cher was recently on Today and Tonight Show promoting the Broadway Show (I guess her own tour needs no promotion!).

On The Today Show Jenna Bush Hager (daughter of former President George Bush II) interviewed a lovely looking Cher and commented that the interview was one of the best nights of her life. Which is pretty incredible.

https://www.youtube.com/watch?v=tf06M-SS86M&t=201s (later in the show, they aired an extended interview with Bob Mackie)

Bush remarked on how the Broadway show's depiction of Cher's vulnerability and Cher says parts were hard and painful to watch. They also talk about the theme of never giving up. "I’m not a tough woman truthfully. I’m a strong woman. I’m one of us." When asked about Sonny, Cher says it was "more than love."

The same day, Cher appeared on an incredible episode of The Tonight Show with Jimmy Fallon, who also appeared quite beside himself to be hosting Cher. This is a new generation of adulation and it's definitely intense.

Some clips of the show:

https://www.youtube.com/watch?v=3_ot8SvZJSE (the lip sync challenge) - Cher looked a bit disturbed by this, but always the trooper with the new style of games on these shows.

https://www.youtube.com/watch?v=9HLkCUd44iU (Cher talks about being shy)

https://www.youtube.com/watch?v=kVt40fhq6E8 (All the Chers on the couch)

https://www.youtube.com/watch?v=rJ3DoTuw6kg (All the Chers sing "Turn Back Time")

https://www.youtube.com/watch?v=c5y_XT0tRow (this is adorable! Cher singing "IGUB" with the fake Sonny!)

All the Chers singing / Faux-Sonny & Cher

While looking up photos of the show, I found photos of Cher on The Tonight Show through the ages: 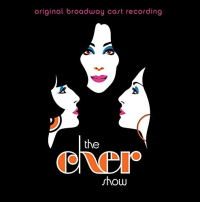 Most exciting, the cast recording is out! You can order it on CD or vinyl.

(There are now only two albums missing from vinyl: Living Proof and It’s a Man’s World, two great albums!)

There's not much dialogue on the cast recording unless it happens inside of medleys. But I really wanted to hear the show again in order to think about how the show was constructed.

The song "TBT" was an obvious first song. Where else would you put it, unless Cher truely had regrets, which she doesn't seem to. It was illuminating to see "Half Breed" used to talk about Cher's childhood and feelings of otherness to the point of freakishness: her fatherlessness, trouble in school. Early on the theme of fear is developed and of not being accepted.

"Shoop Shoop" is put in for the 1960s ambiance. During the song, Cher meets sonny and we're shown an early relationship and, importantly, how Sonny’s acceptance of her as talented and worthy forged a very strong bond.

IGUB provides their Top of the Pops moment of breaking into show business. "When the Money’s Gone/All or Nothing" was also an interesting medley choice for their first career dive. Nice mashup, too.

I was surprised to hear "Ain’t Nobody’s Business," not a song famously associated with Cher but, if you're a fan, you've seen it as a Cher favorite (to get the press off her back and responding to criticism of her clothes and lifestyle). She's covered the song in live shows and TV specials from the late 70s to the early 80s. These lines are indicative of the tone: “It I took the notion to throw myself into the ocean, 'aint nobody's business if I do” and Cher sings the chorus with not a little bit of bite. It reminds me of her 1980s off-quoted quip in defense of plastic surgery rumors: “If I want to put tits on my back, it’s nobody’s business but my own.” This is the big Bob Mackie costume show-stopper, one-third of the way in.

It's also the Cher hand-off from Micaela Diamond to Teal Wicks. "Living in a House Divided" is given different lyrics here to make the Sonny & Cher breakup more personal. And it's presented as a duet between Cher and Sonny and shows Cher's fear of leaving him.

"Bang Bang" is slotted here to illustrate Sonny's unwillingness to give Cher a 50/50 stake in their business. They also have slightly different lyrics. And this all begs the question: if these are not the same songs, is this purely a jukebox musical? At what point do they become the musical's music? Because you could stretch a song pretty far from its origins...

"Believe/Song for the Lonely" is a medley where all three Cher’s confer for a big halftime finish, while they debate Sonny's merits and flaws and the fear to persevere.

The second act returns with Sonny & Cher doing their unacknowledged Emmy-worthy performances as a happily married couple on TV, while they sing "All I Ever Need is You."

"Heart of Stone" is used (along with the character of Lucille Ball, to show the parallel between their respective careers and relationships) to give Cher the guts to leave Sonny. Note how much time is given (and songs) to Cher's struggle to leave Sonny, which illustrates the importance of that in Cher's own depiction. Gregg Allman doesn't get nearly that much time and, in fact, I can't really remember their breakup in the show.

"Gypsies, Tramps and Thieves" hands the show over to Block and depicts Cher's show TV solo. This pass-off seemed pre-mature to me. Cher was still clearly 70s Cher up until the late 70s, maybe even until the acting years.

"Midnight Rider/Ramblin Man" are two external songs (from Gregg Allman and The Allman Brothers) added in for the story of husband number two. It feels brave to add them next to Cher songs. And good.

"Dark Lady" is amazingly creative: a duet between Sonny & Gregg  (as Cher struggles between career vs. love). It shows Sonny's powerful presence as a continual contender for Cher's attention and respect. The duet between the men is genius. And brave, too.

"Strong Enough" is with Sonny, Wicks and Block. Allman gets dumped but again, I forget how this is referenced in the show.

Then we go into the Acting years. "The Way of Love" is a surprising choice to show Cher emoting to Robert Altman in her first audition. The show reminds us it was then two long years to Mask (in career time this was probably painful, but felt fast in fan time). Cher is scoring acting hits and reviews but no nominations because she is the “bad girl with the mouth.” The irony of actors thinking of Cher as a "bad girl" is that the rock establishment didn't consider Cher nearly bad enough to earn credibility there either.

During "The Beat Goes On" (so late in the timeline here!), megastar Block gives the show back to Diamond because she is the babe who always wanted to be an actress. The show allows young Cher to bask in the glow of good reviews and movie offers. This is one of the most touching moments of the show, which has also explores her fear of being bad at acting.

"I Found Someone" is all about Robert Cameletti and the evil paparazzi/press pressure. He disappears without much fanfare either. And I don't think these abbreviations are good. Cher did suffer greatly with these two breakups as well, maybe if not to a Sonny degree. They're weren't painless or easy and the show could have lingered on them a bit longer.

"You Haven’t Seen the Last of Me" finds Cher looking for solace in her work but she is beset with Eptstein Barr (and maybe a bit of depression?), The three Cher's support each other. Then Sonny dies and we get a bit too much of the recreation of the eulogy.

And then boom, the finale. Her mid 50s and 70s are not covered. "Believe," "Strong Enough," "Woman’s World," and "All or Nothing" are given a good ending mashup.

I have to say, it wouldn't be a big deal if whole decades were missing in a show about a small piece of Cher's life. But in a review of all the years, it feels conspicuous. Something had to have happened in there. But these are small quibbles. The show pulls it off despite the gaps.

The cast recording comes with a booklet including a similar read-a-long synopsis of the show.