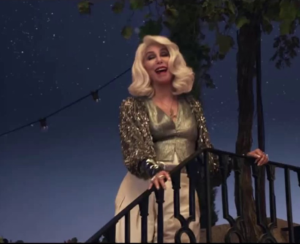 So we found out Cher’s featured number in Mama Mia 2 is the ABBA song “Fernando.” You can buy it on Amazon. Go do that.

I’ve always loved ABBA. I may be one of the few people on the planet who doesn’t think “Dancing Queen” is overplayed. I actually found the song hard-to-come by on 80s radio. It was one of those songs I sang for years without having my own copy. My favorite songs change over the decades, but "Fernando" was definitely a childhood favorite so it’s a treat to hear Cher’s version.

It’s also always a thrill to hear Cher sing the place names of my home state. This probably suggests something disturbing about the degree of my celebrity obsession (that it can arise from the singing of a place name) but what can I say?

For those who don’t yet know, (you’d be surprised), New Mexico is a U.S. state and has been once since 1912. I was once getting electrolysis on my bikini area when I lived in Pennsylvania and the technician there, (who was in her 40s), asked me about my vacation and I said I was traveling to New Mexico. She exclaimed, "Oh, you’ll be by the beach!" I said, "Oh no, you’re thinking of the country Mexico" like maybe I hadn't enunciated properly. "I’m talking about the state between Arizona and Texas." She looked at me confused and asked, “Is there an Old Mexico?”

When I left LA, I tried to keep my bank in Los Angeles and I called them to see if they had any partnerships with a local New Mexico bank. They transferred me to International Accounts. Talk to New Mexicans and they all have stories like this.

In fact, when the Kardashians visited Santa Fe, the media were making fun over their lack of knowledge about U.S. states and where New Mexico was, my co-worker commented hilariously,  “get those bitches out of my country.”

I was just as thrilled when Cher sang “one night in Santa Fe” in the middle of the song “Carousel Man.” 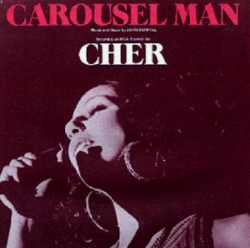 I first learned that song when I was six or seven and like all of Cher's story songs, I loved it. I eventually grew up and started to worry that the song’s writer, John Durrill, himself didn’t know the difference between Mexico and New Mexico. I tried to rationalize that maybe the story in the song occurred before the state was ceded from Mexico in 1848 but that was ridiculous because our leading lady in the song wears blue jeans and the traveling show follow "county lines," which sort of indicates a rural U.S. environment. Here are the lyrics as Cher sings them (listen along):

I had a taste of bitter life
at sweet sixteen.
I was growing up too fast
if you know what I mean.
Met an older man
who taught me his own way to live.
And all I had to do to keep him
was to give and give

I followed him around in traveling shows
along the main county lines.
Watched him drinking his mind away,
not ever knowing my name at times.
Each night when the show closed down
he used to tell me of his dreams.
He was wearing new French suits
while I mended my torn work jeans.

Then one night in Santa Fe,
the horses stopped going around.
There he was my poor rich man
lying on the Mexico ground.
All the sad music of his life
is still spinning in my mind.
The carousel starts up again
and I found my place in line.

The lyrics online clearly say Mexico [forget the grammatical issue of Mexico vs. Mexican]. And why her producer Snuff Garrett, (from Texas no less; he was even a DJ in nearby Lubbock!) didn’t catch this is beyond me. You can kind of convince yourself that Cher is singing “New Mexico ground” instead of “the Mexico” ground. But I know. She isn’t. It’s a mistake.

Sante Fe hasn’t been part of Mexico since 1848. And back then there were no torn jeans or carousels visiting Santa Fe along county lines. It’s hard to look around that. I mean, obviously, most people can.

But the pleasure of hearing Cher sing “one night Santa Fe” is now is compromised by the fact that this historic town is considered part of Mexico in all the minds of everyone writing, producing and singing the song and that makes me sad a little bit every time. A little thrilled and then a little sad. Every time.

It looks like a 45 sleeve to me. Int'l release?

you have got me completely confused......., BUT, I think it would have thrown off the song, if
the word "New" had been there... try singing it with that word and see... it throws off the flow and
cher's 'kinda of drawing out the notes in a loud ballad sort of way' would have been interrupted.

I've tried it both ways. Singing "new" is not any harder syllabically speaking. But going from the N sound of "on" to the N sound of "New" is more challenging. Two Ns back to back.