The cast of The Sonny & Cher Comedy Hour with Jerry Lewis (and Teri Garr up in the left corner) circa early 1970s.

Don't forget to watch Sonny & Cher visiting a haunted house in the 1960s. 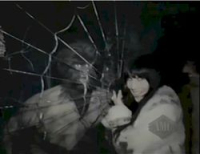 She's posing with the Werewolf there. Cute.

And this year Kim Kardashian made another splash of a Cher-tribute. She arrived at Cindy Crawford's annual Halloween bash as Sonny & Cher: 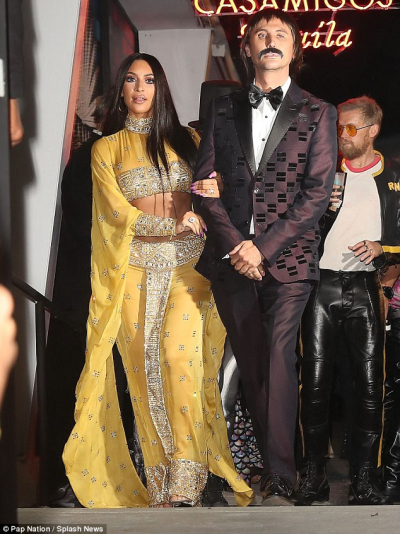 Cher tweeted that this Cherfit is called "Dream of India" and was designed by Bob Mackie for when Sonny & Cher presented at the Academy Awards in 1973: I love Halloween. I really do. 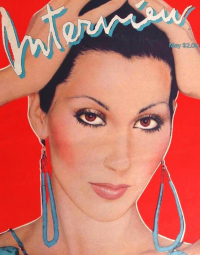 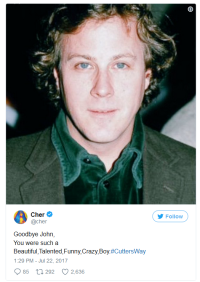 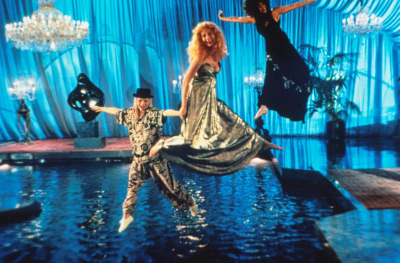 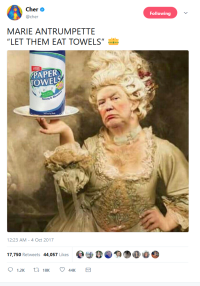 Cher made the top page of Yahoo! for one of her Trump tweets.

She's also involved in a new lawsuit over her investments.

Cher gave comments on the new trend of Cher hair in In Style:

"It's a good look! I saw Kim [Kardashian West] do it, and thought it was so great," Cher said. "I've worn my hair like that ever since I was a girl. For now, it's back, but then girls will start doing something else when they get bored."

In Closer Weekly, she talks about relationships with past loves. 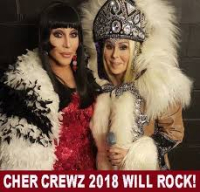 And hey! There’s a Cher Crewz in November 2018. You can hang out with other Cher fans and two top notch Cher impersonators, Chad Michaels and Candi Stratton.

I can't go but you should! 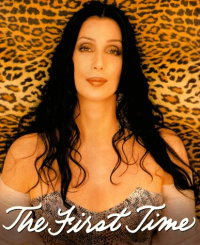 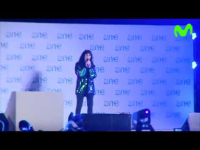 This is like my favorite time to be a Cher fan. There’s another new Cher song out! She “performed” a song called “Walls” solo last weekend at the One Young World Festival in Bogota. Here’s an audio clip.

It’s very "Sirens" sounding. Allegedly a single will go on sale to benefit Cher's animal welfare foundation, Free to Wild. Keep a look out for the official recording to purchase. Cher is putting her vocals behind some really great projects this year: Syrian refuges, character-building children’s shows, animal welfare. Hopefully we can all contribute to these causes officially.

This is Cher’s fourth new song this year. Three of the new songs were released as a surprise without PR fanfare and none have been officially released as singles. According to reports, “Walls is expected to be released in the near future with proceeds from sales to be donated to Free The Wild, Cher’s foundation which was created to protect wild animals in captivity.”

Cher was recently trying to free the elephant Kavaan.

According to Newnownext, "It’s always a cause for celebration when Cher releases new music. But when it’s a soulful ballad that subtly knocks President Trump, it’s doubly amazing. The Dark Lady premiered “Walls” over the weekend at the One Young World Festival in Bogota. While it’s ostensibly about emotional barriers, it’s also a dig at Trump’s favorite pet project—a wall along the U.S./Mexican border.”

It’s actually primarily about animals in cages. But I really do love the fact that the song can be read on three layers. They lyrics are vague enough to be read as tearing down Trump’s Mexico wall, tearing down political, emotional or interpersonal barriers, and about cages keeping in wild animals.

In college I made a mix tape of animal welfare songs. And yes, "Bless the Beasts and the Children" was in the mix, completely un-ironically. However," Tame Yourself" by Raw Youth has always been my favorite animal welfare song. Although I see now that the finger crossing in the video is a little over the top. The song was recorded to benefit PETA and was released as a compilation with other animal welfare songs.

Cher’s song is not maudlin or accusatory. And it does seem elastically vague enough to be readable with multiple interpretations. We don’t know who wrote it yet but it could be another Diane Warren song. The vague language kind of reminds me of her style.

Which reminds me that Paloma Faith, who has a new album coming out soon and a new single posted on YouTube, now has a Diane Warren connection. 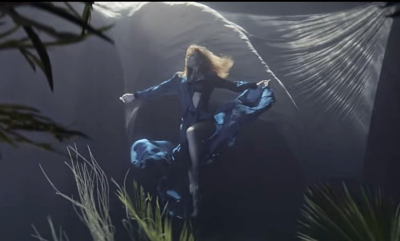 So Paloma is an artist that I love so much I’ve accidentally purchased one of her albums twice. And I did this recently. After buying her third album twice, I became enraptured with the video and the song "Only Love Can Hurt Like This" and for about a week I listened to it nonstop before I realized it was written by none other than Diane Warren. I love this song. And I know I’ve been pretty vocal about my feelings about Ms. Warren. Like most people, I’m too opinionated about music. And way less opinionated in poetry where I'll return to writers I don’t like to see if I might become more open to them.

Most Cher fans love her Diane Warren songs. My friends, all 80s kids, love her songs, too. I’m pretty much a minority of one in my distaste for them. In fact, my friends and Cher-fan friends might say I have a bonafide prejudice. And in this world of over-opinionization, opinions have become pretty meaningless. I’ll argue strenuously any day of the week that music preferences are completely subjective any way you look at it.

But it’s my blog so I can complain if I want to. However, I’m now faced with the issue of there being Diane Warren songs I like.

To recap what I haven’t liked: 1) simplistic melodies (Cher’s “Turn Back Time” being particularly grating), 2) easy rhymes and platitudes (Cher’s “Love and Understanding” maybe the worst offender), 3) ubiquitously found on everybody’s albums, including now the incomparable Paloma Faith!, 4) if you write a song about smiles, it has to live up to the smile of the person singing it. (The whole sub-genre of smiling songs we can leave to another day.) And this reminds me that John Waite has also released a new album with a good version of Donovan's “Catch the Wind” which Cher covered too in 1966. Which yet again reminds me of that day in 1989 when the first Bad English album and Cher’s Heart of Stone were released on the same day.

And in full disclosure, of all the many, many Diane Warren hits I have liked the following: "Unbreak My Heart," "If You Asked Me To" (Patti LaBelle’s version), and as a preteen I really did love the build-up and synthesizers in Laura Branigan’s "Solitaire." Oh, and Michael Bolton’s "Time, Love and Tenderness" was one of the few cassette singles I ever bought  because it felt like an updated, edgier version of the Barry Manilow’s cheer-up song "I Made it Through the Rain."

But I can live happily never having heard these songs again: "Because You Loved Me," "Look Away," "Blame it on the Rain," "Don’t Turn Around," "Rhythm of the Night," "Don’t Want to Miss a Thing" (ugh, really hate that one), "I Get Weak," "How Can We Be Lovers," "Just Like Jesse James," and Heart’s "Who Will You Run To."

I can’t argue with the powerhouse that is Diane Warren. All I can say is that I love "Only Love Can Hurt Like This" and have to throw some of the credit for that to Paloma Faith who has really taken the song and made it part of her retro-ouvre.

It will be interesting to find out who wrote “Walls” and if I’ll have to eat my hat again over liking it for the very same reason I don’t like Warren’s other vague lyrical material. 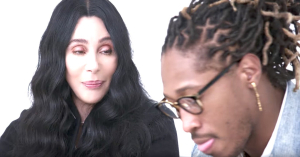