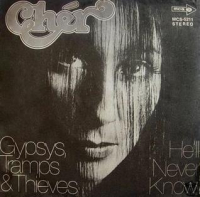 I’m like a kid in a candy story with all this Cher scholarship out right now. Two more articles last week:

Cher Is Still Changing The Conversation In 2017 (BuzzFeed)

“Cher is still making headlines, after more than five decades in the spotlight, because she’s never stopped finding and mastering new outlets for her creative expression.”

The article talks about her “fierce tweets,” her “Cher-style viral disruption,” her ability to project an expression of a 'real' person, her outspokenness, her flamboyance, the way she “tends to downplay her hard work,” her history as a fashion trend-setter, a comedian, an actor, a “cross-genre, cross-generational pop artist,” her ability for “generating memes and moments for decades” and “meme-generating outfits.

Um, meme wasn’t even a word back when Cher was doing it.

The article credits her for a style that “that would eventually almost become commonplace on red carpets.” There’s a funny quote from her 1970s manicurist, Minnie Smith, who said, “What the hell different can you do with fingernails?” They found something.

According to BuzzFeed’s culture writer, Pier Dominguez, Cher has a “reliable self-awareness” and is able to maintain “a kind of “authentic down-home appeal” unfiltered and has become a “larger-than-life movie star” engaged in a “defiance of aging.”

He links to that crazy 1975 television duet with David Bowie. This clip has become a popular reference point since David Bowie died. For years I’ve never been able to decide whether these song mashups were brave or ridiculous. Probably bravely ridiculous.

This piece talks specifically about the song “Gypsies, Tramps and Thieves” as a vehicle for Cher’s “signature contralto” and androgynous vocals and that was a step away from Sonny’s “straightforward, cheerful music.”

We are reminded here that Cher lost a Grammy for this to Carole King’s Tapestry (not too shabby). Moses explicates the song  as ”a story of classism, sexism and racism,” and Cher's performance “whose strength lies in her embodiment of the character.” It’s the story of a woman who has been “shafted into the same life as the generations of women who came before her.”

I feel like a whole new generation has discovered this song.

“Cher’s emboldened drawls [a perfect way to describe her singing style] transformed the song into an urgent, beguiling pop smash” and “established a pattern of storytelling reliant on exoticism,” Moses says, in reference to “Half Breed” and “Dark Lady.” Moses calls Cher a “red-carpet trailblazer” and the “poster child of 70s glam,” an innovator one step ahead of the times.

This year's statements, my Cherfriends, are not things that have been typically said about Cher by the press. This feels like a pretty big shift toward sainthood.

I have loved her since the 70’s and seem many live performances. She’s is a legand . ❤️

You KNOW I love Cher Scholar and all your posts and insights! (Especially the interview you did with me MANY years ago! LOL). Thanks for always keeping us entertained! Xx Mike