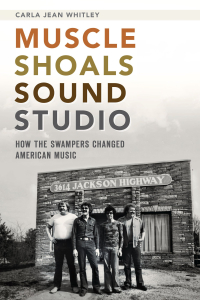 There’s a 2014 book, Muscle Shoals Sound Studio: How the Swampers Changed American Music, by Carla Jean Whitley that includes some additional information about Cher's experience there in 1969.

I also saw an episode of Merv Griffin with Tom Jones from back in January of 1980. He was promoting a 1979 album called Rescue Me and performing a song called “Flashback.” Merv thought it was an old song but Tom insisted it was brand new, “never before performed.” I wondered if this was the song Cher recorded for her 1976 album I’d Rather Believe in You and it was. Compare the two versions.

Tom Jones in 1979 (much more disco, without the piano)

Cher in 1976 (love TJ songs but this version has more texture, IMHO)

Here’s a good site about everyone who's covered Jackson Browne’s song “These Days” including Gregg Allman and Cher.

"Cher recorded and released a Jimmy Webb-produced covers album, Stars, that attempted to steer her in a more classic-rock direction, but to complete commercial apathy. Cher’s relationship with Allman might have had something to do with her choice of including “These Days” to join the likes of Buffalo Springfield’s “Mr. Soul” and Derek & the Dominos’ “Bell Bottom Blues” on the track listing — she didn’t just pick a recent hit of his, rather, she gravitated straight towards one of the more mournful ones. The subtle pop-country-rock arrangement on her version of “These Days,” which leans heavy on syrupy strings, still steps back just far enough to let Cher’s voice stand out as something genuinely longing above the haze of schmaltz."

An extensive blog post about that clip of Sonny & Cher at Phil Spector's Gold Star Studio in 1966.

Mashable also posted a series of pictures of Cher looking like a sullen teen while hanging out at the studio.

And where have I been but I just discovered the original version of "Sirens” by Nell Bryden.

Thanks Rob for the Paul Anka version of Flashback...very similar to Cher's! Although he sounds half asleep.

The Rhino Handmade version of 3614 just got re-released last week by Wounded Bird. Includes all 23 tracks.