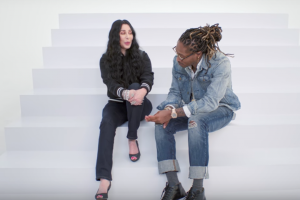 Wow. Before I could finish blogging this week, Cher turned up in more stuff.

The Gap has just released an off-the-cuff commercial with Cher and Future singing “Everyday People.” It's great. And painfully short.

"A new 30-second ad, debuting today, will air on high-profile TV programming like NFL games, prime time and late night, marking the first time in several years that Gap has advertised on television in the fall back-to-school period."

"What do you get when you put one of the most iconic female performers of all time on set with the chart-topping rapper of the moment? A duet you never knew you needed. Unlikely duo Cher and Future team up for Gap‘s latest installment of its “Meet Me in the Gap” fall campaign to make some music together — and of course they look really good in their Gap gear while doing it."

"Is Cher’s ad better than Madonna and Missy Elliott’s iconic 2003 Gap commercial? We’ll let you be the judge..." 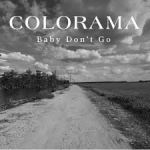 I also forgot to mention this earlier but the Welsh band Colorama just did a very lovely cover of Baby Don’t Go (and it’s good to see something other than "Believe" and "Bang Bang" getting some attention).

Cher also appeared on TV to do fundraising for Hand in Hand and giving a speech with Oprah. Read CNN's story.