The Smell of Cher
Cher Food 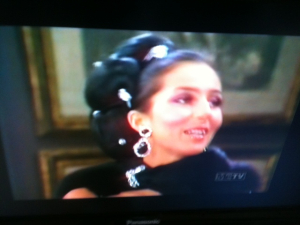 Articles continue to appear about the influence of one of Cher's past or present looks: 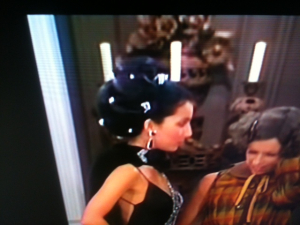 For years I've been trying to describe my favorite Cher wig from the plethora of wigs seen on the 1970s variety shows. It is the Bun-of-Buns wig seen here screen-captured from The Carol Burnett Show, even lovelier encrusted with jewels. Cher scholar Tyler also mentioned that the dress she wore in this skit also appeared in this torch number, "He's Funny That Way" from one of her other variety shows. (She's wearing another version of Bun-of-Buns there!)

Speaking of Carol Burnett, I recently read her new book In Such Good Company about her show.