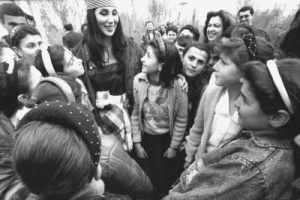 On Big Bang Poetry, I’ve been doing blog posts about protest poetry ("Protest Poetry and Resistance Poetry are Flourishing") and one of the books I mention, Against Forgetting, 20th Century Poetry of Witness, edited by poet Carolyn Forche, starts with two Armenian poets.

For Armenians there are the best of times and the worst of times. The most famous Armenian superstar in the world is now winning icon awards and yet barely 100 years ago her ancestors were being slaughtered in the first modern genocide.

“Any 20th century history of human rights and genocide must begin with the massacre of Armenians, then the largest Christian minority population of Turkey…Between 1909 and 1918…1.5 million Armenians were massacred by order of the Ottoman Turkish government...Historians have called [it] the first “modern” genocide…the first instance of political mass murder made possible by advanced technology and modern communications." 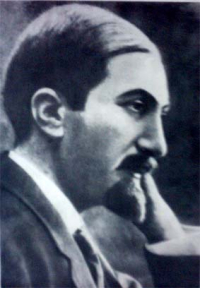 The first poet, named simply Siamanto, was himself executed on April 24, 1915.

“And this evening before sunset
all of you will go back to your houses,
whether they are mud or marble,
and calmly close the treacherous
shutters of your windows.
Shut them from the wicked Capital,

Siamanto’s poem “The Dance” is absolutely horrific, a poem about a group of Armenian women made to dance naked in public until they were exhausted, then lit of fire with kerosene. The poem ends with Siamanto saying “How can I dig out my eyes.”

His poems were translated by Peter Balakian and Nevart Yaghlian.

His bust was dedicated in Yerevan. 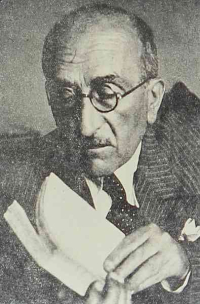 The second Armenian poet in the anthology is Vahan Tekeyan. He escaped execution due to being in Jerusalem on business and lived in exile until his death. I loved all his poems in the book.

"Prayer for the Threshold of Tomorrow"

Does this remind you of anything?

“Let the fortress of egos,
that huge barricade,
crumble.”

The poem “Dream” is about the dead coming back from heaven and “a wolf slinking off, surprised to see his victims again.”

And "The Country of Dust," is a great poem about being small and scattered and dispersed like dust:

“But hope
rises like the sun. Accumulate. Dust consolidates into stone.”

His poems translated by Diana Der Hovanessian and Marzbed Margossian.

A bootleg book of his poems which must be out of print.

Sixty-five Years after His Demise, His Vision is Alive and Growing

You can also read the Anthology of Armenia Poetry.

Famous culture critic Theodor Adorno once said there can be no poetry after the holocaust. This was often taken to mean there can be no beauty after such atrocities. But academics believe he really meant that there could be no poetry because the state would co-opt it for their own purposes. Carolyn Forche begins her anthology quoting German poet Bertolt Brecht, almost in response, who said: