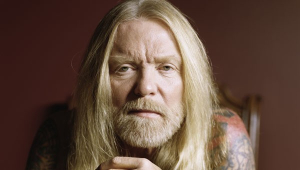 Sunday morning I woke up to Mr. Cher Scholar telling me there was a front page story in The New York Times about the death of Gregg Allman, which was just very sad. It had been too tempting over the last few months to believe the reports that his illness had earlier been over-exaggerated. Apparently this was not so.

And although it is true that Cher fans don’t tend to be Gregg Allman fans and Gregg Allman fans don’t tend to be Cher fans, (as I bluntly stated last week), undeniably Gregg Allman was one of the major loves of Cher’s life and looking back over his life of surreal tragedy, (including the violent deaths of family and band members, suicides of ex-girlfriends--at least two--drug and alcohol dramas, all the way to a freak accident fatality on his biopic a few years ago), Allman was undeniably an emotional and physical survivor. 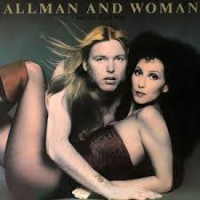 And beyond the disparaging remarks he must have endured as Cher's second husband, (from the press and Cher fans alike), their one professional project,  Allman and Woman, continues to get a bad rap. A picture of Cher was placed prominently in The New York Times obit which stated, “the project was poorly received by critics and the record-buying public alike.” Technically true but the assessment could use a re-evaluation. Rolling Stone said the album “resembled an Ashford & Simpson-style effort.” Is that a criticism? I can't tell.

Is it a perfect album, no. Is it one of Gregg Allman's finest. Hardly. But it's full of sexual attraction, emotion and great musicians. And for the same reason Cher’s voice compliments Sonny’s, that same scratchy to syrup contrast works well on this record with Allman.

When I was eleven I found a library copy, (I can still remember the library’s thick plastic protective cover), and spent two weeks dancing to “I Love Making Love to You,” blissfully clueless to the song's meaning. I also felt their version of “You Really Got a Hold on Me” was comparable to Sonny & Cher’s and Cher’s performance of "Island" was duly heartbreaking. To invoke the ghost of George Michael, (ack! we’re losing so many!), listen without prejudice.

The Allman Brothers were groundbreaking in their lengthy improvisational performances but I liked the proverbial "radio edits" like "Jessica," a record I remember my brother playing quite often. I also liked both of Gregg and Cher's versions of "I’m No Angel" and Jackson Browne's "These Days" and The Allman Brother’s "Ramblin’ Man." 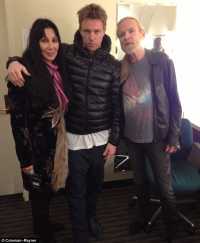 I have a friend who jokes that her life is so unlucky because she must have kicked puppies in a prior one. I hope Gregg Allman has paid off his karmic debts in this very challenging life and will be free for an easier one soon. And if there’s one thing I’ve learned from Cher over the last 40 years is that you can always find room in your heart to be friends with your ex-lovers, no matter what their travails or trespasses. Despite some disgruntled moments disparaging Gregg for his lack of parenting instincts, Cher and Gregg Allman eventually spoke well of each other and seemed to have stayed in friendly touch.

It's a very sad day when you lose someone who has rattled your heart so much.

Some live performances from the Two the Hard Way Tour