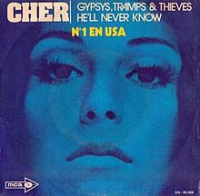 Apologies but I wrote this after finishing the dual-biography The Youth of Cezanne & Zola by Wayne Andersen (and seeing the movie Cezanne and Moi last week) so if I start to sound too academic, slap me and tell me to snapoutavit.

To be honest, I wasn’t overly excited about Cher’s Icon award from Billboard recently served. What did it even mean? Cher even admitted the word Icon was stupid last week. That said, I WAS exceedingly, super-duperly excited about the set of Billboard articles that came out last week in support of the award. They were scholarly and explored various facets of Cher’s “genius at the zeitgeist,” to borrow David Geffen’s idea. It all felt like a landmark-y change-in-the-tide week in terms of Cher criticism, at least a tide coming to pass outside of Cher zines and blogs.

These two pieces were impressive:

Cher's 'Gypsys, Tramps & Thieves': Why It's One of the 20th Century's Greatest Songs by Rob Tannenbaum

And it's significant there are young male writers...in that are we getting hipster men to admit there is value in Cher's music. 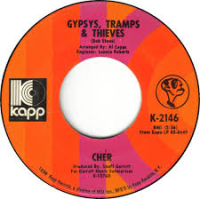 But it feels a little weak that during the very week that mainstream male critics have turned a corner describing Cher’s oeuvres, (as they are multiple), and Cher gets her first serious accolades for something beyond movies, costumes or Twitter posts, (although Billboard historically has always been very kind to Cher's albums if not laudatory), Cher once again announces that she hates her music and even some tracks we previously assumed that she liked (the song "Believe" or the whole of It’s a Man’s World).

It’s quiet extraordinary and, as a pseudo-scholar, I never know quite what to make over Cher’s condescension about her own music.

She’s been in the business such an unbelievably long amount of time that it’s hard to keep hearing that she’s had little opportunity to produce the kind of music she likes, (beyond the Geffen material which was produced over a tiny five-year span of 1987 to 1991). She supposedly now has the means and hopefully the confidence to show us all more of what true Cher music should be, but she has kept capitulating to other plans.

You can always say No. And although Cher might not be as ballsy as she comes across, she was ballsy enough to last 50 years and ballsy enough to say no to even Sonny Bono and David Geffen eventually. It’s long past the time when Cher needs to be intimidated or misled by male producers, lovers and Svengalis. 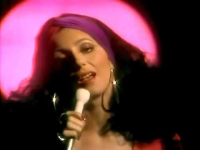 It also seems apparent that musical artists have more autonomy over projects than actors would, albeit still dependent on record companies (outside of DIY projects). After 5 decades of not saying No to material you don’t like, you’re simply left with the oeuvre you have. What is to be gained by distancing yourself from it, beyond recurring shame or wanting to be respected by various persons who also dismiss your genres and efforts.

And it should be said, this isn’t another case of an artist simply being dissatisfied with their efforts or a singer disliking the sound of her voice. That kind of self-criticism is always self-tempered: "I tried to do something and didn’t quite get there." It’s different to say “it’s all rubbish”. 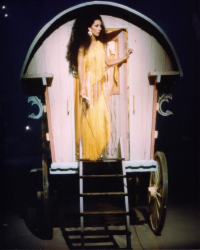 In Cher’s case it always feels like the dismissals are some sort of internalized, male-privileged shame-criticism of the kind you’d hear from a Gregg Allman fan or KISS fan. And I realize I’m psycho-analyzing here from a distance,  but the problem is that these personal dismissals exacerbate and perpetuate the existing, arguably-sexist and rock-snobbist dismissals about Cher's music that you'd get from older critics and the rock establishment of the Rock and Roll Hall of Fame: Cher music = uncool.

It's very possible Cher herself is a rock snob.

As a Cher fan since the age of 5, I've heard a lot of rock snobbery. I had two older brothers who were teen fans of the Beatles, Styx and Montrose. I heard everything by the time I was seven and I've written a lot about the false idea of authenticity in an industry of institutionalized posing. Cher=uncool is the baseline of all of it.

And it that’s the praise you seek, praise from old white men, I can see why you would want to distance yourself from their judgements. But the reality is that many ground-breakers never fully reveal during their own time and there are many Cher scholars among us who challenge those white male judgements.

Which is what has always made being a Cher fan feel so rebelliously brave.

I was stunned when she said that Man's World was "just a bunch of boring ballads"! HUH? MEMPHIS is from that album which she obviously loves - to say nothing of her phenomenal take on the James Brown title track. That record is in my top 3 (Stars/Believe/Man's World). Who knows what really goes on??

I agree. It's in my top three too. She might feel the same way about all those boring torch songs. ;-)