Cher's marriage to Gregg Allman was revisited by Inquisitir: “inside their whirlwind marriage.”

And on the site AV Club, death-fuled songs from the 70s place "Dark Lady" in the same league with Barry Manilow's "Copacabana" and “I Don’t Like Monday’s” by The Boomtown Rats. 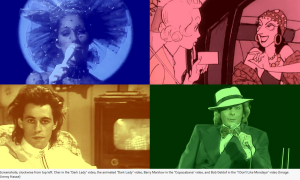 Speaking of their "Copacabana" video, watch some bad, unenthusiastic lip-synching and awkward dancing from a dapper and youthful Barry Manilow in that video. He even does a Cher-like costume change!

They also list "Indian Reservation" by Paul Revere and the Raiders (see the stats article). 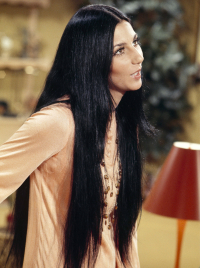 Is Cher hair still a trend? The article references Kim Kardashian but she just cut her hair.

Thanks to Cher scholar Tyler for this article on the Five decades of Cher outfits from CBS News. 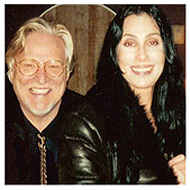 Cher’s late-1970s manager, (before 80s-era Bill Sammeth), Sandy Gallin, (whom for years I thought was a woman) has also died.  (Thanks Cher scholar Michael for that link.) Another story from the gruesomely named Deadline.com. 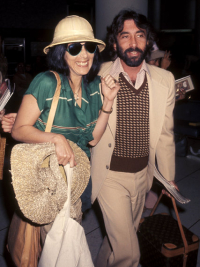 This TV site mistakenly attributes Cher’s tweet about Bearde to be about Gallin.

But on the brighter side, Cher says her mom is doing better.

I've been finding a lot of interviews on YouTube that were obscure since the 1980s. I will try to blog about them as I can. This is one of the best, a great German interview for Witches of Eastwick and Cher's Geffen Records era debut.  In it, Cher says she and Sonny were the first hippies in the world.

Cher scholar Tyler found this amazing bit of scholarship on YouTube, a fascinating medley between Sonny, Cher and Glen Campbell, a medley proving that when art is concerned, conservatives and liberals can get along.

You can also watch the full 1976 episode of Sonny & Cher on Donny & Marie.