Movie and Concert News
And We’re Still Talking About Believe 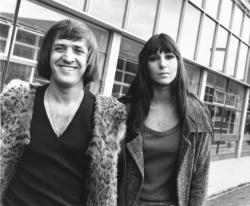 I’m reading 2016 issues of The New Yorker and came across a disparaging joke about Sonny in a satire piece about zen mantras. Which was very irksome; but then I saw some Rock Legends episodes and the one on Roxy Music reminded me of the always-impressive longevity of Sonny’s “The Beat Goes On” as it appears in the Roxy Music song  from 1975 “Love is the Drug.”

Last month I posted a link to the article The 7 Faces of Cher  which does a wee bit of Cher scholarship in trying to categorize facets of Cher’s career. This article does a similar thing: “Cher – the ultimate pop icon” from Getintothis, Beats, drones and rock & roll.

Some other good stuff:

Madonna, Guns N Rose and Cher Had the Best Songs of 1989 (Inquisitr) 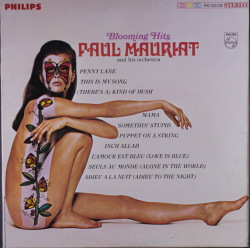 And when I last talked about the song “Bang Bang,” I forgot the whole reason I had brought the song up, which was coming across this album online, an album my parents had in their collection (of a few Paul Mauriat albums), 1967's masterpiece of covers, "Blooming Hits" which I was fascinated by because the woman is naked, painted and gasp not airbrushed! It also has a cover of the song "Mama" which is very proud of itself. According to the liner notes:

“[Mama] emerges as a musical distillation of the composition….the harpsichord is pleasantly evident, but there is also an incredible horn solo complete with scat riffs…Hardly as Mr. Bono imagined, but nonetheless extremely successful.”

Which lead me to this album, More Mauriat, from 1966 which has a cover of "Bang Bang."

Elevator music you can play in your own home!