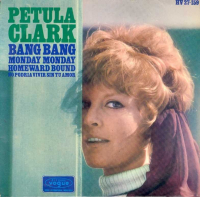 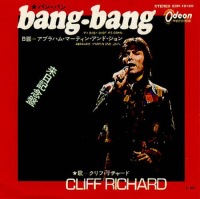 Cliff Richard (1970) He does a gender switch that doesn't quite work but there are some interesting string arrangements.

Anderson Cooper talks about how Cher was his mother's (Gloria Vanderbilt) fantasy daughter and how Cher now calls him little bro and how charitable Cher's been since Cooper reported on Hurricane Katrina. (The Huffington Post)

Cher on the Stage 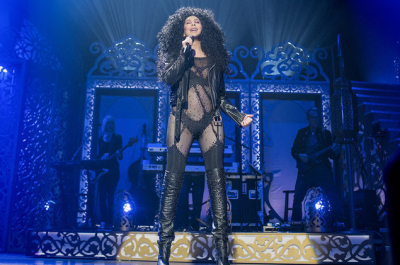 So the new Cher show live began last Wednesday and I’ve updated the Cher Scholar site with a few early pics and reviews:

There have been two reviews or sort of reviews. Is a Vegas review ever really critical?

Cher Is a Classic Diva (The Las Vegas Review Journal)

Cher Returns to the Concert Stage with Glitz and Hits (Billboard)

The 7 Faces of Cher

Thanks to Cher scholar Tyler for sending me this one: What Does Cher Think of the Musical About Her Life  (New York Post)
Includes information about the actors playing the roles:

Fans and Stars and Politics 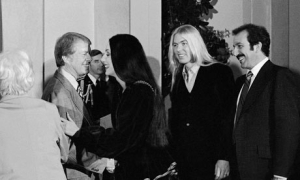 Politics in America have finally come to a head and both sides have long since become vitriolic. I actually think this is a good thing. Americans are finally learning civics again and what defending a democracy requires of them. Millions of people on both sides of the fence have dropped their Entertainment Weekly’s and must-see-tv to join groups, make phone calls and just generally just show up. They’re getting connected in a way I’ve never seen before. My whole life I heard my grandfather, a former coal miner, mechanic and sawmill owner, try to convince our family to get engaged in the political process. Imagine this in the 1980s when I was a teenager. Time Magazine was declaring feminism dead by the end of the 80s. Nobody cared if it wasn't the latest MTV video.

It’s an amazing, yet scary, time right now. People are yelling at the barricades. And don’t think for a minute there would have been peace if Hillary had won; anti-Hillary groups were already threatening election day violence. See “Some Donald Trump Voters Warn of Revolution if Hillary Clinton Wins.”)

So I often wonder how fans are getting along in this political climate, all super fans whose politics don’t match the politics of their celebrity obsession. There are celebrities who are artfully abstaining from even commenting about politics to stars who are right there in the trenches. Think Kayne West fans who are Democrats. Or think of the Trump supporters who like Cher.

When I was 8 years old my grandpa sat me down at the dinner table and asked me how I could be such a big Cher fan when I didn’t even know her politics. I didn’t know how to answer that. I surely didn’t know her politics. Although she was quite clear about them on The Sonny & Cher Show. She supported Jimmy Carter and Sonny supported Gerald Ford. And if you followed the 1970s paparazzi, (which I didn’t), you may have seen her attend the Carter inaugural party with  Gregg Allman.

I found out much later that Cher was a Democrat. How would I feel if she wasn’t? The same way I felt about Sonny? And what even is that? Sometimes you and your obsession just don’t match. Personal experiences are just so varied. I remember not liking such or such position Sonny might have taken as a U.S. Congressman. But then there were issues where we overlapped. I wasn’t as big a Sonny fan by that time so it didn’t seem to affect me personally. He wasn't my congressman, after all.

Now things have become very personal. And how are we all going to respond to celebrity activism? I find it hard to believe a Cher fan could just now could be realizing Cher is a Democrat. She’s supported democrats on her television show back in the 70s and campaigned with them since the late 1960s. And then you have the indisputable tweets. I mean the tweets alone! You’d have to be completely ignoring YEARS worth of wonderfully incendiary political tweets. Suddenly this election comes and it matters?

But then I think if I had a Cher blog and suddenly Cher became a rabid Trump supporter, I guess I would struggle with it on my blog. Maybe I would try to work it out there, too.

I also wonder how Cher will be perceived by generations looking back. Like how we now look back on Humphrey Bogart and Lauren Bacall when they were the first prominent stars to finally stand up against McCarthyism and the blacklisting of actors, directors, writers and producers in Hollywood. Will Cher be a famous footnote to yet another scary political era? Will her activism give her greater prominence as something beyond a pop star? Will she be understood as a pioneering tweet activist followed by Millennials and pundits who were never really fans of her music or her movies?

Or will she be marginalized by her detractors because she was a "has-been" celebrity who “got into politics.” I guess it depends on who perseveres to write the story.

Here are the political Cher stories of the new year:

Cher on the resistance to 'unbelievable narcissist' Trump (MSNBC) 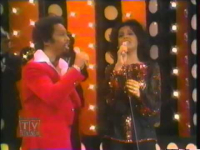 We went away for Martin Luther King Day weekend and much drama ensued. First, we braved a Midwestern ice storm. Then, while we were gone, our landlord accidentally set off our house alarm and the police showed up. We came back Monday exhausted, (after a Chief’s playoffs defeat), to find one of my favorite Sonny & Cher show episodes airing, the one with Marilyn McCoo and Billy Davis Jr. which I love because they sing one of my childhood jams, "You Don't Have to Be a Star," and it’s one of the few episodes I remember seeing when it originally aired. It also has an amazingly 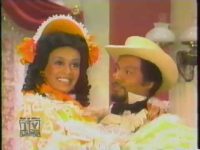 progressive satire of Gone with the Wind where McCoo and Davis Jr. play Rhett and Scarlett.

But it wasn’t taping!! Oh, the horror. I have actually had obsessed fan dreams about this exact thing: I find Sonny & Cher shows in the TV Guide but I can’t tape them, or  I find rare record albums in store bins but I can’t get them to the checkout counter. What would Freud say? I don’t have a clue but I was definitely experiencing missing a Cher show anxiety. Then I realized GetTV was not categorizing each Cher series correctly and that’s why the McCoo/Davis Jr. show wasn’t taping. Lucky for me and my obsession, GetTV has been airing reruns of the reruns and I caught the show a few weeks later.

So I’ve become a bit ambivalent about GetTV recently. First there have been the aforementioned DVR issues. There are three separate shows to track, understandably unavoidable, but when I set up a Comedy Hour series recording, DISH can’t recognize all the future airings of Comedy Hours. And furthermore, and this is a persnickety, obsessed, scholarly issue, GetTV mis-titles some Comedy Hours as the later day S&C Shows and vice versa. Criminy!

And then there are times of plenty and times of scarcity, like mid-January when GetTV aired as many as three new shows a Monday night. Then a month later you get no new shows and lots of reruns of reruns. They are keeping us on our toes, DVR-wise.

In any case, there have been way too many shows in the new year for me to even research online. So that whole idea of keeping up in the blog isn’t going to work, even with sketches of recaps. But I do want to address these shows in a blow-by-blow way and have decided that when GetTV has finished it’s run of them, I’ll start from the beginning and do recaps of every skit, song (with links if possible), and information on which channel aired what skits. And I'll include some scholarship that proceeds with the evolution of the show.

In the meantime, to tide you over, here are a slew of show promos: 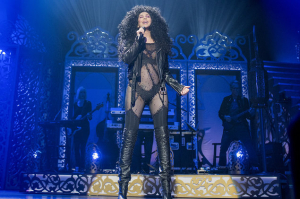 I'll be updating my concert pages on Cher Scholar with the new stuff as I find it: