Movies, Music, TV - It's All Happening

Wow. So much is happening right now. It's overwhelming.

- Cher's involved in a TV movie about the Flint, Michigan, water crisis.
- The documentary In This Climate should be coming out soon.
- Cher talking to the Washington Post.
- Cher's new song "Prayers for this World" will come out in the documentary Cries From Syria directed by Evgeny Afineevsky. HBO will air it.
- Cher is being sued over the typeface art of Closer to the Truth. (The rags TMZ and Daily Mail reporting this.)
- Jack in the Box tacos have been in the news.
- The Broadway Cher show continues to percolate. The New York Times article an all the diva Broadway shows and Playbill's article on the January reading.
- Cher tweets about the heartbreaking passing of all the celebrities over Christmas:

"This is tragic. I loved Debbie, she was tough, funny, told the best old 40's-50's showbiz stories and lived through Hollywood bullsh*t. A huge testament to her".

"This is beyond heartbreaking. Debbie was an idol... I have seen Singing In The Rain a million times. Loved all her films... Words are inadequate."

So sad about Carrie and George, I have no words. I keep forgetting and then suddenly remember. Such great artists dying, and many are too young. Am heartsick."

"Talked to her on the phone: ironic, sarcastic and hysterical at the same time. Went to a few wacky Penny [Marshall]/Carrie Birthday parties".

"One time I was talking to George at a disco. I got up, danced six songs, came back, leaned over him, and didn't realize that I was sweating drops all over his shirt. We laughed."

- More media love for Cher tweets: "Cher’s Twitter is the only pure thing left in this world" and "Find a Tiny Bit of Solace in This Cher-ified Chick Emoji."

Cher News is Back

And I'm happy to report that Cher News is back! Actually, it's been up since last March! So much I missed. Go here for all your up-to-date Cher news.

Daniel Wheway, the site's mastermind, has some eBooks out now too:

But over the past year almost, Cher News is packed with awesome stuff (if you haven't checked it out already). There's info about the Syrian documentary, and Cher's song on it, "I Got You Babe" made it into the Grammy Hall of Fame and you can watch clips of Cher on ET (October 6) and Extra.

He also reports that Get TV only purchased 30 Cher shows. Has anyone else heard about this?

1. I missed the AXS Cher Biography from last year. Does anybody have a copy of this?? Looks like it has some good talking head Cher scholarship! Watch the trailer.

2. Cher posted a video of makeup tips! How awesome!

So don't miss your Cher News!!

Recently I came across Paul Mauriat's musak version of "Mama." And we watched the Johnny Cash Christmas special on GetTV over the holidays. I learned that "Someday" is a Gene Autrey song! The Johnny Cash Christmas special was amazing. Watch the Sun City Studios reunion of artists, Johnny Cash, Carl Perkins, Jerry Lee Lewis and Roy Orbison sing "This Train."  (Wow…that’s some great TV right there). And the whole cast does an amazing "Children, Go Where I Send Thee."

Whew! And that's just the first two weeks of January! 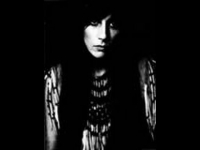 Huh...so those are the lyrics.

I recently came across the differing versions of lyrics to "Walk on Guilded Splinters." One of my favorite Cher songs and one that was most likely the closest single to my birth date in 1969.

Here is a good video essay of the song: https://www.youtube.com/watch?v=LNd40VOQmPY