A few weeks ago I linked to a Cher World story about Cher’s appearance at a recent conference where Cher made comments about Hillary Clinton. Often I talk about Cher’s tweets or Republican site attacks on Cher but I have tried to refrain from going personally into this season’s politics. It’s been so contentious between Bernie, Trump and Hillary supporters. But unfortunately I linked to the Cher World piece without reading it first and linking without comment feels too much like an implicit endorsement, and one I can’t just let sit there like a wet turd. This has nothing to do with Cher World specifically or it’s hard-working founder. I was never able to find where the article text came from (outside of Cher World) and the piece is not credited to any site or writer. By linking to it, I am now forced to take issue with its anti-Hillary propaganda messaging.

The piece says that Cher admits Millennials may not trust Hillary due to ‘sins’ and that at the World Conference, Cher stated that “If you delve into some of the things she’s being accused of—she’s screwed up and that’s for sure.” It's a pretty vague statement on the surface but then the piece speculates that “Maybe Cher is referring to the following?” and goes on to list the same anti-Hillary talking points both Bernie-or-Bust and Trump supporters have been using. It reads like the Greatest Hits of ineffectual propaganda.

Bullet 1: “33,000 deleted emails from her illegal private server.” The server was never deemed illegal nor was the usage of a personal server unprecedented. She violated department policy. The FBI only found the potential for violation, but not an actual living, breathing violation of the law. Both the right wing and Bernie-or-Bust speculate with ever-increasing hyperbole that the server was illegal and that she was willfully reading confidential documents on it. This is the same system of email Colin Powell used (and deleted emails from) and one he might possibly have encouraged Hillary to use. Different parties, different rubrics.

Bullet 2: Lied about terrorist attack that killed 4 American’s in Benghazi.

The interesting thing about this drama is that it follows the Republican template Ken Star created for the Whitewater-to-Monica-Lewinski circus. In this case, first Clinton and President Obama weren’t naming the happening right. That morphed into some hidden knowledge she might have had prior to the attack. Then Republicans demanded access to her emails to uncover said hidden knowledge. That turned into Server-gate. Years of these investigations and faux scandals never produce any bang for the buck but they never stop trying. It was a wartime event. Just like similar attacks under Reagan and Bush.

The Washington Post has a good story about the difference between lies versus the fog of war: https://www.washingtonpost.com/news/fact-checker/wp/2015/10/30/is-hillary-clinton-a-liar-on-benghazi/

Bullet 3: War on women covering up her husband’s long history of sexually abusing woman and rape.

I said the phrase "Hillary's War on Women" to my co-worker just now and she looked at me like I had two heads. It's a pretty far-out stretch. The Huffington Post does a good job covering all of the Bill Clinton sex-scandal allegations and what happened with each on in this piece. The "freeing the child rapist" story was debunked by Snopes. Even Fox News’ Megyn Kelly recently defended Clinton: “All women had serious problems with proof.” (Megyn Kelly and Judge Andrew Napolitano). It’s possible Trump accusers would have had issues with proof as well if Trump hadn’t already implicated himself on various radio shows and hot-mic recordings.

Bullet 4: Pay for play corrupt Clinton Foundation which provides special favors to donors and access to Hillary in her role of Secretary of State in return for millions in donations and speaking fees.

It's so easy to accuse, so much harder to prove. No pay-for-play has yet been found. There was the unseemly possibility but no evidence found that favors actually occurred. Read the Politifact article that states, a “tangle of relationships...doesn’t prove wrongdoing.” Trump is meanwhile fighting scandals of his own surrounding The Trump Foundation.

Bullet 5: Millions of dollars collected from Sharia Law abiding Islamic countries that throw gays from rooftops and stone woman for not conforming to their husbands.

As political donations? All Republicans would fall and die by this sword.

Bullet 6:  Responsible for $6 billion missing in the State Department due to the improper filing of contracts during the past six years.

This one is hilarious and was used when Trump's tax-return losses came to light. It’s been debunked by Snopes. The money was never lost. It was mislabeled.

It seems the right likes to call Snopes itself a liberal conspiracy. However, Snopes is an equal-opportunity debunker. Check out this left-wing talking point that got debunked. Turns out Trump didn’t say Republicans were the dumbest voters.

Then the Cher World article links to the Clinton Cash documentary which has been heavily promoted by the extreme, Breitbart-wing of the Republican party: “Reporters React To Trump’s Clinton Cash Citations By Noting 'Widely Discredited' Book's Factual Problems." 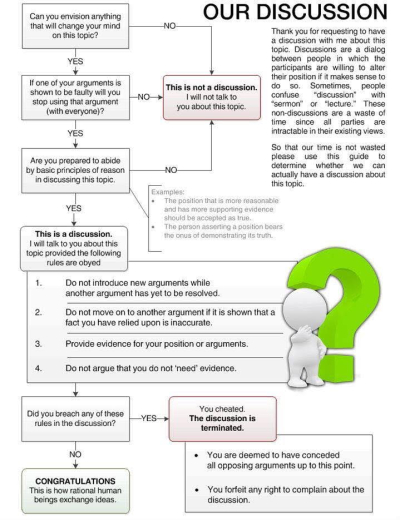 So this idea that Hillary is “untrustworthy” and that somehow Trump is the last trustworthy Republican is beyond the pale of not only myself but seemingly the mainstream voter. And many, many Republicans know this. It's why they've jumped ship. What pisses me off is that I've had to re-research all this shit for the Cher blog and that extremist voters won’t even bother to read or consider it because they’ve picked their team and no ideology or rationality will keep them from cheering for their side.

It would fair to to counterpoint at this time with a lists all of Trump’s scandals from The Atlantic: The Many Scandals of Donald Trump: A Cheat Sheet).  Lying hasn’t worked in the last three presidential election cycles, but the extremist leaders always respond by lying even more and more aggressively.

My Cornish grandfather used to always invoke the phrase "the Human Element." Politics can get you in such a state of anger and hate that you speak and act irrationally. When facts come out, when you get discredited, when you get caught over-exaggerating, you can accept it and move on or you can just get more entrenched.

It’s cult behavior. Both Mr. Cher Scholar and Rachel Madow apparently recently invoked a Chicago cult study from 1956 in relation to the far-right extremists. From Wikipedia:

When Prophecy Fails: A Social and Psychological Study of a Modern Group That Predicted the Destruction of the World is a classic work of social psychology by Leon Festinger, Henry Riecken, and Stanley Schachter which studied a small UFO religion in Chicago called the Seekers that believed in an imminent apocalypse and its coping mechanisms after the event did not occur. Festinger's theory of cognitive dissonance can account for the psychological consequences of disconfirmed expectations.

Their first response was shock, then anger. Then they doubled down. It’s like hitting rock bottom and then declaring everything is rigged because you can’t handle being wrong.

"If you believe in things you don't understand, you suffer." Stevie Wonder

I recently went to visit CHERworld and was shocked at how political it had become. SUPER anti Hillary at the drop of the hat. WTF is up with that.