It was announced on Oct 13, 2016, that Bob Dylan won the 2016 Nobel Prize for Literature “for having created new poetic expressions within the great American song tradition.”

A few years ago I took a class on Nobel Prize Winning Poets at Santa Fe Community College and our teacher told us that no American poet had previously won the prize. This isn’t entirely true. Reports also stated he was the first songwriter to win. This wasn’t entirely true either. It turns out poet Rabindranath Tagore wrote a tune or two in his day.

If you decide not to include T.S. Eliot as an American poet because he had emigrated to the U.K., then you have to accept Joseph Brodsky as American who emigrated from Russia. You could split hairs and say Bob Dylan is the first native American winning while living in America.

In any case, there are a slate of full-time poets and novelists who are pissed off. Which seems to happen every year the prize is announced for one reason or another. http://time.com/4529524/bob-dylan-nobel-prize-literature-reaction/.

Fictionistas usually feel like they should take precedent over poetry for reasons of cultural popularity and poets are always every-ready to be jealous of any competition from inside or outside their circles. I can easily see how a whole new subcategory could riffle their feathers. "What’s next? Bruce Springsteen?" I do think Bob Dylan deserved the Nobel Prize for taking songwriting in folk and rock to a higher level (Both Scorsese's No Direction Home documentary and the book Jingle Jangle Morning touch on his elevation of the lyric) and for being a writing influence to so many writers and musicians worldwide. I also appreciate that he strongly problematizes the line between poets and songwriters. Poet’s fully intend to die before this crepe-paper tent, the idea that poetry is somehow fundamentally different than song lyrics.

"Songs are not poems!" they say. But they kind of are. I would put up a few Sting, Joni Mitchell and Leonard Cohen lyrics as poems; Bernie Taupin admits to having written poems that Elton John set to music. And many poets will concede that Dylan's lyrics are poetry. Plus, he has the best book of celebrity poetry I've read so far.  Many poetry verses have turned into songs and song verses have been just as inspiring and meaningful to people as poem stanzas, arguably more so in modern times. If you were presented with four lines of poetry and four lines of Bob Dylan lyrics, I’ll bet you would be hard pressed to find a difference. You can’t say, on the one hand, that form is essentially the power of rhythm but yet it doesn’t quite reach the level of melody. That's just a game of intellectual Twister. The hard cold facts of life, (thank you Porter Wagoner), are that the American Songbook is a canon of literature and Dylan has made enormous worldwide contributions to it.

Plus, Nobel judges have always followed their own drum. As I learned in my class, Nobel prizes are political and subjective. See the full list. Sometimes writers win for a single work, sometimes for a body of work, sometimes in recognition of leadership qualities or other nebulous reasons. Many of their choices look obscure to us today. 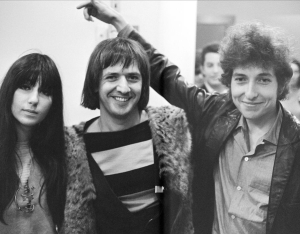 Cher has recorded over 10 Dylan songs.

The fan blog, All Dylan, also gave a very lovely review of Cher’s history of recording Dylan songs on her 70th birthday this year: http://alldylan.com/cher-covers-bob-dylan/.

Dylan has gone all Woody Allen on us and has ignored the award. Good for him. The award comes with no requirements. By the way, I just saw Dylan's show this week at his Albuquerque visit to The Kiva Auditorium (see the set list). It was a great show. I loved the new revamps of old songs and particularly loved "Desolation Row." 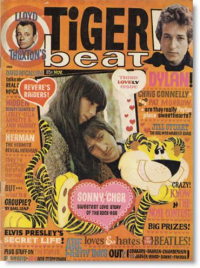