Election Tweets, the Tabloids, I Paralyze and the Importance of a Good Wig 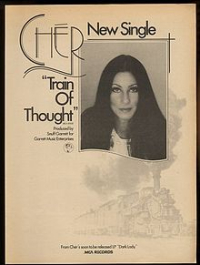 It seems I've developed an inability to blog in the month of July. And a lot seems to happen in Julys. Here's the recap:

I’m with Cher is the Anti-Trump Swag You Need (Paper Mag)  Get "I'm with Cher buttons because this fan wants to "Make America Cher again!"

The I'm With Cher page: http://imwithcher.com/

I communicated like Cher for the day and people didn't know what to make of it (Mashable) - this was hilarious. In this news sent to me by both Dishy and Robrt Pela, the album I Paralyze is sort of getting a new re-release: Back On The Street Again: Vibe On Records Reissues, Expands Cher’s “I Paralyze”

Jennifer Aniston published a personal essay about the tabloids I thought was particularly good. Of particular note:

“In this last boring news cycle about my personal life there have been mass shootings, wildfires, major decisions by the Supreme Court, an upcoming election, and any number of more newsworthy issues that “journalists” could dedicate their resources towards.” 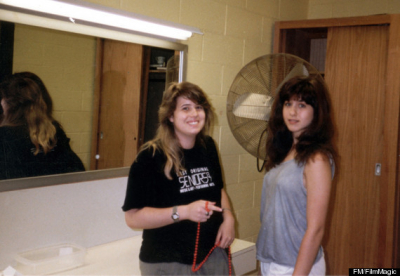 Speaking of Chaz, there's an article out there on AOL where he "opens about his mom Cher's support and why he's finally ready for his big break in acting" and it lists his recent guest appearances.

In reading through all my old issues of Entertainment Weekly, I came across a Melissa McCarthy interview from the summer 2015 issue where she says:

“I always start with the wig. It keys everything for me. You look so different in a wig that it changes your posture, how you carry yourself.”

I feel like Cher has said that before, too.