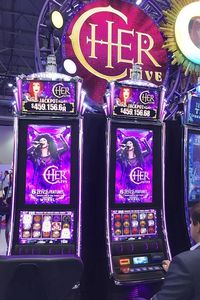 This is my last post before our U.S. Thanksgiving Holiday. I hope you get stuffed!

Cher scholar Dishy notified me of a new Cher movie that has snuck into the IMDB. These pre-production rumors often tip-toe right out of IMDB as quietly as they once slipped in. But this looks promising subject-wise and a period piece would be sweet!

"I Got You Babe’s" Punk Pedigree

Last week I finally came across “The Ramones” version of “I Got You Babe.” Been looking for this for years; so why couldn’t I find it  sooner? Because The Ramones didn’t cover the song. D'oh! Joey Ramone covered it as a duet with Holly Beth Vincent, although the song isn’t on any of her albums or on iTunes or YouTube. You can catch the song on Vimeo.

A few weeks ago I wrote about American Indian appropriation in the outfit choices of Paris Hilton, members of The Flaming Lips and Cher. Thanks to Jack Nicholson scholar Coolia, we now have a new link about Cher’s heritage and possible controversies surrounding it: http://waitingtogetthere.blogspot.com/2013/09/chers-heritage-controversy.html

Cher’s comments about Ben Carson have attracted some attention.

Cher also talks about the US political response to last week's Paris attacks.

New Way to Hand Over Your Money to Cher

Slots! Thanks to Cher World for this news: there is a Cher slot machine coming to Las Vegas. Finally! Didn’t Barry Manilow get one of these like decades ago?

Decider did a somewhat scholarly piece on Cher’s last public reunion with Sonny on The David Letterman Show.

“Back in 1987, you had to work harder for your viral moments. (Obviously, they weren’t called viral moments then, but this was clearly a predecessor of the genre.) A TV moment had to be something truly once-in-a-lifetime to earn the kind of repeated-viewing immortality that Sonny and Cher on Letterman did with a simple song.”

Movies, Musicals and Music, Oh My!

Cher, The Musical...Still in Progress

Recently Cher met with Tony Nominee Rick Elice to pen the book for her biographical musical. Read more about it at Broadway.com, Contact Music, Out.com, Yahoo!

Logo TV just did a series of shorts on Witches of Eastwick for Halloween. (Thank you Cher scholar Tyler!) 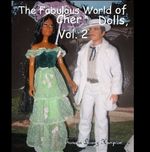 If you loved volume 1, Tamara Lorenz Hampton’s book The Fabulous World of Cher Dolls Volume 2 is out just in time for Christmas.

Here's some bad scholarship for you. Two weeks ago, I reported Cher had never been on X Factor. The scholarship gods had a laugh when I was walking on my treadmill and Cher's X Factor appearance from 2013 came up on YouTube. Who could forget that light show? Me apparently. 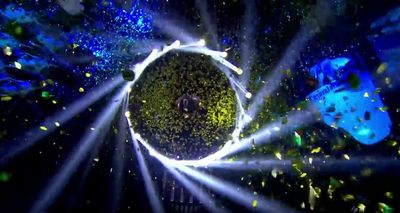 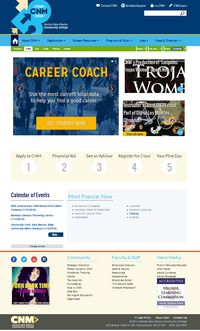 Because I work at a very cool place, the social media gurus at Central New Mexico Community College posted an alert about the time change this past Sunday with Cher's meme. Pulled through to our website, it looked something like this (see right).

Because I have Cher-radar, I can't help but notice it on there!

Turn Back Time: Don't forget to Cher with your friends. It's a daylight savings time tradition now.

Posted at 09:39 AM in Cher Outfit Watch, Film, Music, Night of the Living Cher Doll, Scholarship In Action, Television, What This Really Says About Me | Permalink | Comments (1)

Cher continues to impress with her feisty tweets! Here are some of the latest stories on general Cher tweets:

- Cher Shuts Down a Troll in One Epic Tweet (The Grio)

News on Cher's comments about the U.S. political race:

- She’s the Only Political Pundit that Matters (Papermag)

- On Donald Trump (The Hill) -- that Cher tweets made The Hill is actually kind of impressive.