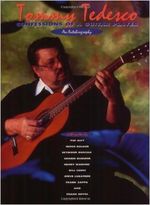 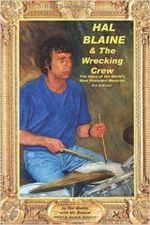 I finally bit the bullet and purchased two autobiographies of the most prominent Wrecking Crew members, Hal Blaine and Tommy Tedesco:

Tommy’s paperback book is out of print and price-prohibitive on Amazon. However, you can still get an eBook for $25, which is waaay too expensive for an eBook but I bought it anyway. The book is full (and I mean FULL) of typos. If you charge that much for a book an editor or proofreader should have been paid at some point. However, his haphazard recollections are still interesting and the big Italian Tedesco character comes through. “Whatever.” There’s only one Cher reference in the book, a line about Tedesco not realizing Sonny and Cher would be such huge superstars.

Hal Blaine’s book was better produced, better written and interesting as well but it was short and pretty sugar-coated. Well okay, it’s probably healthy to focus on the positive. Maybe it’s so short because they had to delete all the bitter parts. Anyway, he comes off much more cynical in The Wrecking Crew movie. There’s one line in the book about Sonny being Spector’s gopher in the 1960s and some gossip about how Cher was part of the celebrity and Wrecking Crew crowd who worked on the Phil Spector's album with Leonard Cohen. Did anyone else know about this??? 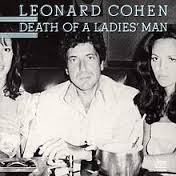 This refers to the album The Death of a Ladies Man which came out in 1977 and was, like all Phil Spectorisms of the time, controversial. Joni Mitchell warned Leonard Cohen about working with Spector. The John Lennon gun-in-the-studio sessions had just happened. But Spector’s big personality lured Cohen into a short bromance and they ended up co-writing songs for an album at Spector's spook house. Trouble started in the studio where Cohen felt Spector took over the album creatively and continued his grand performance of intimidation by handing guns and bullying people in the studio. (Hal Blaine mentions none of this trouble and only lightly touches on Spector’s murder trial at the end of the latest edition of his book.) If Cher was indeed present for a track or two of this she must have witnessed some of the maniacal behavior.

Eventually, Spector hijacked the tapes themselves, before Cohen felt his vocals were complete even. Cohen has since said he felt he couldn’t take on the Spector “heavies.” Was everyone afraid of Spector’s heavies? Over the years Cohen has expressed various levels of dissatisfaction with the album. It was one of Cohen’s least successful albums critically and commercially, and hindsight has offered no argument to that. Rolling Stone Magazine called it a “doo-wop Nightmare” and said, “"Too much of the record sounds like the world's most flamboyant extrovert producing and arranging the world's most fatalist introvert."

Although both Bob Dylan and Allen Ginsberg are credited in the liner notes, Cher is not. I found a $5 copy and gave it a listen.

I have to agree with Wikipedia that the stripped-down style of Leonard Cohen jars when mashed up with the Wall of Sound noise, what Wikipedia calls “bombastic sprawl.” The lyrics are way below par for the exceptionally poetic Leonard Cohen. They’ve devolved to the creepy, girl-hating messages we’ve come to expect from Spector instead.

Like Spector’s mental state, the effect of the mess is unstable sonic blur. Which I just realized might be a good name for a band.

Add to that the fact that the vocals don’t even sound like Leonard Cohen or rather they sound like a sixties-ified version of him, a girl-group version of Cohen that is bizarre to listen to. The song “Iodine” sounds loud and screechy. “Paper Thin Hotel” sounds too precious despite its stalker-vibe. I wanted to get a restraining order after just hearing the song. Which brings us to the elephant in the room: the album sounds very dated for 1977. Spector was clearly stuck.

Interestingly, many of the sounds plod along in slow motion like the tracks Phil Spector did with Cher in the mid-1970s: “Baby, I Love You” and “A Woman’s Story”. Which reminds me to ask myself why in the hell I ever try to buy a Phil Spector-produced product attempting to hear Cher’s background vocals on it. I never freaking can! His backgrounds are always a big wall of crowd noise from which no personality could ever be extracted.

You can actually hear Bob Dylan (and maybe Allen Ginsberg) a bit in the backgrounds of “Don’t Go Home with a Hard-On” which is actually my favorite track on the album, the only track with some energy to it. The title song plods along for over nine minutes and the song seems to be the lovechild between the dirge of “A Woman’s Story” and Sonny’s opus of movements, “Mama Was a Rock and Roll Singer, Papa Used to Write All His Songs.”

Read more about the album on Wikipedia.