This week another Christina Aguilera impersonation video came up online. She does impressions of Britney Spears, Cher, Shakira, Sia and Lady Gaga. I thought the Sia and Lady Gaga ones were very funny. The Cher impersonations are hard and usually miss the mark. This one is pretty typical in that way but the Adam Levine as an accountant is pretty funny.

Cher's 69th birthday was yesterday and tributes appeared from all over the entertainment Internet:

An Unforgettable Look At Cher Through The Years, In Honor Of The Star's 69th Birthday (Huffington Post)

Turning back time and looking at Cher's most iconic moments! (Woman’s Day)

10 Things Millennials Don’t Understand About Cher (VH1) - This one was my favorite!

Cher’s craziest outfits: 23 of the singer's most outrageous fashion over the years (British Telecommunications)

Cher's tweets about the Amtrak Crash got some ink alongside tweets by Donald Trump. But unlink Trump, Cher didn't assume her presidency would solve all the world's ills.

Posted at 08:49 AM in Giddy Gossip, History, Peripherals, Scholarship In Action | Permalink | Comments (0) 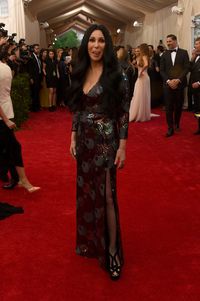 Lip-lickin' delight! Cher has been out and about in New York City. Lots of lovely pics as a result.

And although Cher was all over the red carpet this week and on TV doing whatnot, the most exciting coverage to happen recently, in my humble opinion, was a review of Cher’s tweets by The Guardian. The Guardian writing about Cher tweet! Maybe it’s the Cher nerd in me but…

Long story short, Sonny was once the only butt of Cher’s wisecracks. Now the world gets to enjoy them.

There was also a recent story about Cher's Baltimore tweets.

Some exciting music news regarding Cher's song “Believe.” It gets a well-rated review in the cover by rapper MNEK and I agree it’s nifty!

Ben E. King passed away. This is a good time to revisit Sonny & Cher’s version of “Stand By Me.” I’ve always thought this version was very creative and outside-the-box.

I just saw the Muscle Shoals documentary last week. Cher has a few photos in the movie, outtakes of the headband shots also seen in the Rhino collectors CD of her 1969 album Jackson Highway. Nothing particularly noteworthy about her in the movie except for the fact that they say she was the first customer at the Jackson Highway studio in 1969 after the four "Swampers" decided to leave the FAME Studios to create their own rival studio.

So there was this big New York Met Gala this week. And EVERYONE was there. Remember how Cher showed up at the 1975 Met Gala (40 years ago beotches!) with Bob Mackie in that wow-ser dress? So does everyone else remember that, including Kim Kardashian and the press.

Harper's Bazaar story about the designer Cher went with this year. (Marc Jacobs)

Vogue coverage of the dress.

Oh, but Kim’s been tributin’ Cher for a long, long time! See the photo breakdown (Daily Mail). Didn’t you always figure Kim, being another Armenian and all, has always been a big Cher fan?

Also ran: Kanye West was at the gala with Kim and he spoke to Cher (allegers) thanking her for popularizing autotune. Is that for reals? 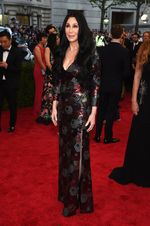 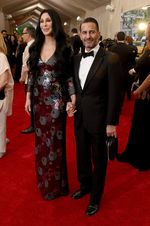 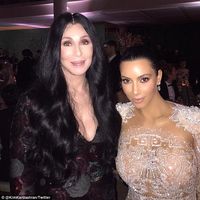 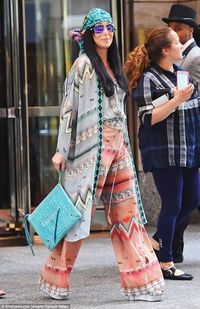 After the gala, Cher went strolling around in NYC (Cher World).

Check out those shoes and those bell bottoms!

While Cher was in New York, she took time to say goodbye to the funny asshole on Late Night with David Letterman (Cher World). More coverage in Entertainment Weekly and News Day. And also on some site called Classic Hits. 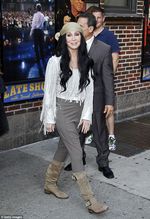 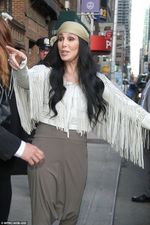 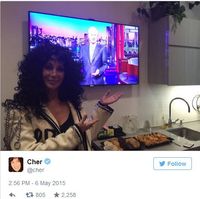 Recognize that jacket from the 1980s when Cher was living in NYC? 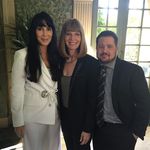 Last week I was searching for something about Cher long ago in Bust or Bitch Magazine and I found this, a review of good and the bad in the book Becoming Chaz: http://bitchmagazine.org/post/bibliobitch-transition-by-chaz-bono.

A blogger writes about what the movie Mask means to her all these 20 years later (Huffington Post).