Don’t Cry For Me Cherilina
Thoughts on Cher Memoirs 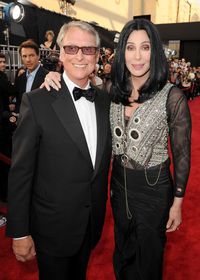 Cher with Mike Nichols at his AFI Life Achievement tribute in 2010.

Mike Nichols died suddently of cardiac arrest in Manhattan on November 19 at the age of 83. The Dec 5, 2014 issue of Entertainment Weekly memorialized him with a short essay and a list of his essential films, which included Silkwood, released in 1983.

Entertainment Weekly's commentary on the movie:

People often comment on the difference between Cher and Madonna in film. I believe it is just this "lived-in" quality (not affected, not actor-ly) that many critics find so appealing about her performances.

Watch Cher's tribute to Mike Nichols. where she calls him Dad and talks about how he deserves the credit for her Oscar nomination (for her performance as Dolly Pelliker) and how she always called him whenever she was in a bind.