Shows Delayed: Cher Under the Weather 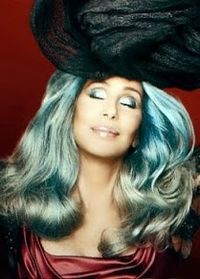 Cher has been forced to delay a few concert dates at the start of her second leg due to a viral infection that is keeping her in bed. I hope she didn't catch something at the old Sonny & Cher house with what sounded like ten people living in it.

This was actually huge news over the last day or so, stories populating pages of the Internet. Here are some of the bigger venues talking about it:

While we're waiting for Cher to come back on tour, I found this article today on Fortune Magazine: "How to Survive on the Road with Cher by dancer and choreographer Jamal Story who has been touring with her for 12 years ("off and on").

There's also a new article by Liz Smith on Cher that appeared in The Huffington Post: "Cher -- Unending, Immortal -- She Is Not Stepping Aside"