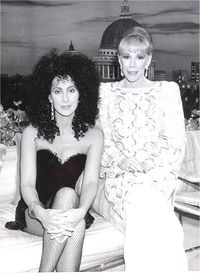 This has been a rough month for losing celebrities.

After seeming to be a day away from intensive care yesterday, Joan Rivers has died as a result of complications from vocal cord surgery.

Cher and Joan once swapped garage sale stories on The Tonight Show, where Cher would appear when Joan was guest hosting. Cher was also one of Joan’s inaugural guests on her own late-night show.

Later there were rumors of a tiff between them, but a few years ago they seemed to have reconciled and Cher posted many supportive tweets over the last few days.

"Just heard about Joan. My heart will break. I'm still betting on her." and "Hey Joan, hurry and get well. I know you and you're the toughest chick on our block."

If you want to get an idea of how tough Joan Rivers really was, watch her documentary, A Piece of Work (2010). My favorite part of the documentary of Joan Rivers was seeing her rifle through her elaborate cabinet of organized jokes. 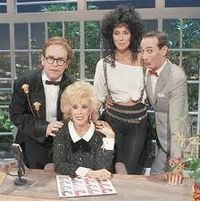 Cher also said, "I love her! Have known her since Uncle Sam was Nephew Sam."

Cher also posted the above photo on twitter. A twitter fan asked Cher, "Do you still have that dress? It's gorgeous!" Cher replied, "I can get one toe into it! You must realize that I was almost 5-foot-8 and weighed 106 pounds until 48. Wee little thing."

Cher also defended Joan’s daughter, Melissa: "Shame on those who say 'Melissa refuses to believe a world might exist without her mom Joan Rivers in it'. She loves her mom. We all do. Heartless... They have no empathy. It's a story to them. For Melissa, it's her beloved mother, whom she might lose. Their lives are intertwined."

At right, Elton John, Cher, PeeWee Herman and Joan Rivers on the first episode of The Late Show with Joan Rivers. Read more at Cher News. 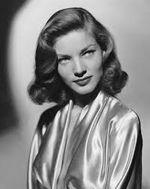 Cher posted: "To Have & Have Not" along with a crying icon.