Cher talks about a risque new concert outfit and giving up meat. I second this suggestion being a vegetarian since 1991. I gave up meat in college due to factory farming videos I came across. Factory farms are now fighting to be able to stop anyone from seeing the horrors of factory farming. Corporations are strong-arming congress to let this happen. If you do it, why hide it?

For decades, doctors have been raising alarms about our meat consumption, statistics showing that culture's who eat more fish and veggies live longer, have less cancers and less heart disease. Plus, factory farms are hazardous to air quality. It was hard being a vegetarian in Missouri back in the 1990s. We had only one self-righteous vegetarian restaurant. These days, going veggie is easy. You have many brands of frozen veggie foods, including delish Amys brand, and many more veggie restaurants to choose from. When you come across a self-righteous one, like I did in Santa Fe two years ago, you can say: "Listen peeps, you're not the only veggie house in town! Stop giving me the martyr-tude."

Cher is still stumping for Billy, LA's abused elephant. She provides new ideas to save billy and zoo animals: holograms! This reminds me of Simpons's producer Sam Simon who is fatally ill and spending his fortune to save animals all over, most interestingly buying up horrid roadside zoos. Some news stories:

Cher talks about her new concert outfits. Also good news in there about a new DVD of the show! Apparently, she will film in Toronto. Yeah! I feel this is the only way I will see the new costumes. The new tour dates aren't anywhere near New Mexico (yet). :-)

Cher appears on Bravo's "Watch What Happens Live" as a mystery caller and a tour gross wrap up.

And thankfully Cher World is back too! 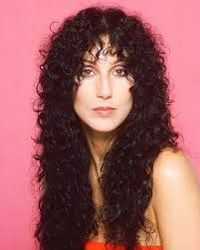 Does Lady Gaga resemble a 1979 Cher on picture?

Cher's new album is not dead; it's back on the charts due to another email reminder to fans who purchased concert tickets.

Broadway.com is appreciating Cher's video of West Side Story.  Why they love it:

"Um, because Cher singing every part in West Side Story is 12 minutes and 43 seconds of complete, unadulterated bliss, that’s why. Way back in 1978, Cher had a special on ABC that was called Cher…Special. (You know, obviously.) Anyway, it included this gem, and we have so many questions. How long did this take to film? Where did all those costumes and wigs come from? Isn’t Tony supposed to be in a gang, not trying out for Red Sox baseball?"

Behind the technical scenes on Cher's concert tour from Live Studio Design.

Cher did a recent interview with AARP Magazine.

Grandpa was doing grass-fed beef before it was a thing.

Do you remember him talking about it?