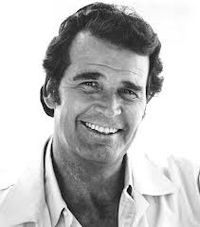 So James Garner dies. My husband woke me up one morning with the news. I've just started him watching old Rockford Files episodes. For years I've loved the 1970s-lingo-laden TV show. I even spoofed it on Ape Culture years ago in a mash up with Nancy Drew.

After he died, there were plenty of nice obits, I liked this one: The New York Times.

Turner Classic Movies and Robert Osbourne also did a nice tribute with a night of his movies. This year Mr. Cher Scholar and I have watched Support Your Local Sheriff, Malone, The Great Escape, and Victor/Victoria. The last movie was Mr. Cher Scholar's idea. He kept telling me how great the movie was and I had always heard it was some kind of great misfire.

It was shockingly good. I didn't love Julie Andrews in the lead role (as I don't get sex appeal from her) but I guess that was Blake Edwards' way of showing off his wife's miraculous singing octave range.

In any case, is it such a surprise I've become a huge James Garner fan? He's just another dark haired, high-cheek-boned, multi-category star who claims to be part Cherokee.

I'm glad I read his delightfully catty auto-biography before he died. Both one of the obits and Robert Osbourne described his genius as being his wide range of facial expressions, from bemused to perplexed to annoyed to outraged to flummoxed. He could perform without even speaking.

In Esquire Magazine in 1979, Robert Altman even said “I have long thought that Jim Garner was one of the best actors around…He’s often overlooked because he makes it look so easy.”

As a crusty, reluctant hero, writer Mary McNamara called him an

“Alpha-male of the sort that hadn’t existed before…After Garner, they could be funny, irritating, lazy, fearful, and complicated. Without James Garner there would be no Indiana Jones, no Starsky and Hutch, nor Gregory House, no Patrick Jane, certainly no Robert Downey Jr. as Sherlock Holmes….And he managed to do it without coming off as self-satisfied, which is simply miraculous.”

The later could also be said of Cher. And for all of his reluctant heroism, he was awarded a Purple Heart from his injuries in the Korean War.

Recently, we watched a good 1977 episode of Rockford Files called "Quickie Nirvana." One of the hipster characters in it had this to say to Rockford as he was trying to locate a man wearing a fur vest:

And then on the note of celebrity deaths, Robin Williams committed suicide. I wasn't a huge fan of the hyper-comedy improv of Robin Williams (post Mork) but many comedians were and it's been sad to hear their tributes. I did, however, enjoy the more low-key Williams in movies like Good Morning, Vietnam, The Fisher King, and Dead Poets' Society.

Oh Robin. He was a sweet lovely man. He ran high voltage. Mind always going. It was who he was. I know well... Many times from high, there is only low. So sad. I was with him a little while ago - we pretended to see sharknados!

"I have known him a long time. Saw him open for Martin Mull once pre-'Mork & Mindy'. 'Good Morning Vietnam', 'Awakenings', 'Mrs. Doubtfire', 'Good Will Hunting', 'Birdcage', 'Dead Poets Society', 'The World According To Garp' - my favorites. He couldn't feel our love for him."

"Many of us actors, singers, writers suffer from this gift/curse in disproportionate numbers. Some artists feel that this is the only way out. There was a book written about artists with manic depression, 'Touched By Fire'. I call it my gift/curse - it gives great but can take all."

"If he could see our reactions, he might have kept on trying? Maybe not forever, but feeling love gives you hope. Even so, nothing stops, too low. Artists (especially) are hard wired delicately. I liken it to a faulty emotional thermostat. You can set it, but it goes too high then too low. There is a great chasm between onstage, film, fame and life! One is such heightened reality and after heights there can be great depths."

Watch the scene Cher does with Robin Williams in Sharknado! 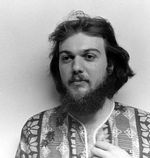 In the August 22/29 issue of Entertainment WeeklyAug 22/29 with Robin Williams on the cover, there is a two page spread of Dr. John (who is old but is not dead) appreciation that actually mentions Sonny & Cher:

“His debut, Gris-Gris, might never have existed without the generosity of the famed duo, who allowed the young sideman to borrow their unused hours in an LA studio for his own recordings."

Allegedly, we can see him in this video of Sonny in Cher recording in 1966. This video is a reality-tv as we can get!