The End of the First Leg
My Summer Vacation 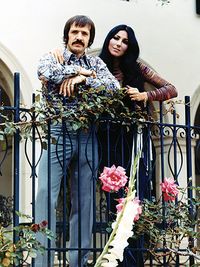 The hard thing about taking time off this blog is all the catch-up news that demands to be covered when I get back.

Childrens Craniofacial Association held a meetup before the Anaheim concert. Although the event has passed, they are still trying to reach their fund-raising goal. Check them out: https://fundly.com/cher-crew-meetup-event-benefitting-cca-kids?ft_src=twtshare

Happily Cher World and Cher News are back! Whoohoo! Cher News must have finished a very long walkabout but posts are back at http://chernews.blogspot.com/ and Travis has reconsidered throwing-in the towel at http://www.cherworld.com/. Visit them for the late-breaking Cher news. Friends alerted me to the fact that the best Sonny & Cher house is back on the market. For a while there, Tony Curtis was leaving our homes form Sonny and Cher like breadcrumbs. This house, Owlwood, is yours for 150 million US dollars. That should be a steal for some European castle owner. As for me, I will have to start making $3,200 an hour to qualify for a 30 year loan. 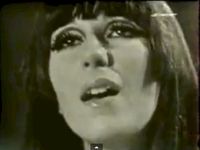 Cher scholar Robrt has been supplying me with some great Cher videos:

Cher scholar Dishy also sent me some European mixes of the Closer to the Truth songs. They're far and away more interesting than their United States versions and I asked him what it took to make a good remix. He has some good ideas.

"Remixes: You've been asking and I've been thinking. With these new "Take It Like a Man" remixes I've found the essence of the remix.  It builds and builds, not just the "scratching" (repeating). It's the beat that gets going into the meat of the song. From there they throw in a gay symphonic something or other to bridge and keep building until the next chorus. The best Cher remix without a shadow of a doubt is Junior Vasquez "One By One" mega mix. There is also an "Almighty Believe" remix that is rather good."

My Billboard-watching friend Christopher also sent me this message:

"Babs is going to extend her record for longest run of Top Ten albums. Cher better get her ass back in the studio. http://www.billboard.com/articles/news/6140774/barbra-steisand-duets-album-babyface-release-date"

Mary,
if all of us CHERSCHOLARS and cher fans go together..... I'm sure we could all afford the "OWLWOOD" digs...
it should have more than enuff bedrooms and bathrooms...and since, a lot of us would be GAY...then, we wouldn't mind "bunking" together....
:)

can you BELIEVE the ban on gay marriage is now being addressed in O K L A????
Shirley Jones eat your heart out and sing it one more time....
AND,
take "THAT" Anita Bryant!

ps.... did you ever see the YouTube tour of BAB's
Malibu home?
it was eccentric and just
WOW!!! really cool, how she designed it for herself.