The big news last week was that Cher is to be featured on the new Wu-Tang Clan album. Quite a few people sent me this news, even my Billboard-watching friend Christopher. This was a pretty big deal. Cher was credited in early press releases as Bonnie Jo Mason, a nod to her first pseudonym.

If you listen to the video, you can hear one of Cher's clips. Frustratingly, the album may never be released. One copy will be sold to the highest bidder and then the album may tour as part of museum exhibit. Is this a publicity stunt? Stay tuned.

Read about it here: http://www.rollingstone.com/music/news/cher-wu-tang-collaborate-for-two-songs-on-secret-album-20140507 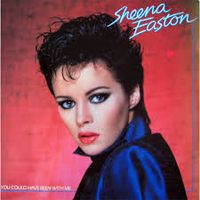 Today my iPod shuffle served up this 80s-perfect and under-appreciated Sheena Easton tune "You Could Have Been With Me." Watch the video to remember what a great song this was.

I've always felt the intro was "I Got You Babe." What do you think? 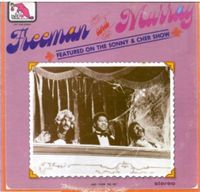 The book Strong Enough tipped me off to the existence of the Freeman and Murray (Freeman King/Murray Langston) comedy album, "featured on The Sonny & Cher Show. I scored a copy from overseas. It came yesterday and I was afraid I'd have to go out and re-buy a turntable to listen to it.

Fortunately today I found clips on the yousetubes:

The back cover contains quotes from many of the people who either worked for Sonny & Cher (David Brenner as their concert opening act) or who were guest stars or big stars of from that time: Sally Struthers, Rob Reiner, Redd Foxx, Mark Spitz, Tennessee Ernie Ford, David Brenner, Ted Zeigler, Harvey Korman, Jean Stapelton, and Don Adams.

I haven't listened to much from the links above, but from what I've seen on the cover and have heard so far, I like their casual yet full-throttle foray into racial comedy and stereotype-busting. Very progressive-sounding (then and now).

The liner notes are odd, using the convention of being personally written but there is no author identified. They describe King as an athletic drop-out from Plahatchie, Mississippi, and Langston as being from Montreal.