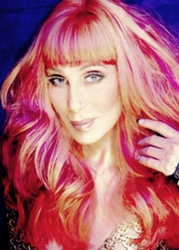 The Bullseye page of the magazine Entertainment Weekly has always interested me as being the barometer of what people are talking about week to week in U.S. pop culture. You don’t typically see has-beens there unless they've done something worthy of the proverbial water cooler.

In the May 23 issue Cher is referenced twice in Bullseye, once for the news about being on the secret Wu-Tang Clan album. EW jokes she’ll go by “Sparkleface Killah.” And two for Liza Minnelli and Rosie O’Donnell appearing onstage at one of her NYC shows during Cyndi Lauper’s opening set. EW makes a Hot in Cleveland joke.

Last weekend I caught up on some Oprah’s Master Class shows. I don't know why I love these but I find them all pretty moving and/or informative.

Susan Sarandon: I always sensed tension between Cher and Susan Sarandon during Witches of Eastwick interviews back in the 1980s. At least they didn’t seem as friendly with each other afterwards as they were with other cast members. But watching Master Class, it would seem Cher actually has a lot in common with Susan Sarandon, who talked about the art of relationships in the rational way Cher does. She talked about the issues of aging in Hollywood and how she deals with it. She also makes a good case for celebrity political activism. She said something I've hear Cher say often, how it’s the things you don’t do that you regret and not the things you do. Interestingly, she now owns a ping pong franchise.

Cindy Crawford's episode also impressed me much more than I anticipated it would. She talked about leaving her cell phone out of situations of personal interaction because, she says, you can’t multitask presence. She also talked about being on a retreat and being asked to come up with her core passion. Interestingly, this is not necessarily a job description. She chose something open-ended like Communication. I thought about this and wondered if my core passion might be Organizing. I love to sort things. Is there a job description for that core passion? 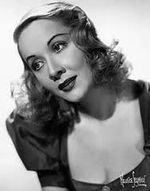 Okay, it wasn't a whole museum. But it was a room in a museum. Mr. Cher Scholar and I visited our local art & history museum. That's right. Albuquerque conflates the two so that the museum is neither fully a good art museum or history museum. Wandering around in there, we came up an entire exhibit devoted to Vivian Vance. Apparently Vivian got her start in Albuquerque (although she was born in Cherryvale, Kansas--Mr. Cher Scholar country). The museum was full of news clippings, awards and memorabilia from I Love Lucy days. The exhibit gave me plenty of ideas about the future Chersonian Institute: interpretative plaques, track lighting, security guards scolding patrons to not get too close. Pamphlets. Oohh...I love museum pamphlets!

Vivian's sister is selling scrapbooks and homemade memory books. Visitors could grab a postcard and mail in an order.