Some bloggy housekeeping: my parents will be in town for a few weeks so I'll be out and about with them. I'll be back to blogging in late April. And Cher News is reporting that Cher will be in the May issue of Elle as part of a feature about women in music. Miley Cyrus is on the cover.

Cher scholar Michael alerted me last week to the somewhat snarky bio of Cher on the music streaming site Rhapsody. I decided to look it up and compare it to what Pandora has. The artist bio ususally comes up on your device or computer when one of their songs play.

"Few entertainers' career paths have been as forked as Cher's. Getting her start when Sonny Bono took her under his wing and became her producer, collaborator and eventually husband, the duo produced some of the most popular duets of all time, including "I Got You Babe" and "The Beat Goes On." They parlayed that success into a 1970s variety show that showcased the pair's onstage banter and had everyone asking (as Joe Jackson would later put it), "Is she really going out with him?" Once divorced, Cher pursued a solo career with some success. "Gypsies, Tramps & Thieves" and "Half-Breed" were imaginative story-songs in the Vegas revue tradition that established her as a torchy, impassioned vocalist. As her acting career began to take precedence during the '80s, her singing career fell into arrears, as evidenced on disco debacles Take Me Home and Prisoner. Recently Cher has reasserted her singing prowess and charting abilities with the 1998 hit Believe; both the title track and "Strong Enough" fared favorably on dancefloors. Clubby, slickly produced, and re-mix ready, Cher's new sound shows she'll never be too old to learn new tricks -- especially when those tricks come from Madonna."

SNAP! That is a bit snarky.

Pandora likes Cher much better. They give her 12 paragraphs, which is more than they give most people, says Mr. Cher Scholar, the main Pandora-user in the house. 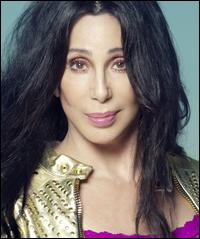 Pandora's page (and bio in full)

Cher has had three careers that place her indelibly in the public consciousness, and two have been in association with her then-husband, composer/producer/singer Salvatore “Sonny” Bono (b. February 16, 1935, d. January 8, 1998). She charted major hit records in the 1960s and 1970s, working in idioms ranging from early-‘60s girl group-style ballads to Jackie Deshannon folk-influenced pop, to adult contemporary pop in the manner of later Dusty Springfield. She also embared on an acting career, initially in the late ‘60s in association with her work as part of Sonny & Cher but later on her own, which led to a series of increasingly polished and compelling performances in Silkwood, Mask, and Moonstruck, for which she won the Academy Award for Best Actress."

Still, respect for Cher's career is a bit uneven. Which brings me to a Forbes article that appeared on the Yahoo Cher freaks group last week. Apparently, Forbes Magazine has published two (two!) articles on the financial success of Cher's D2K tour.

March 23: "With Strong Demand For Tickets, Will Cher's Dressed To Kill Tour Really Be Farewell?"

and April 4: "Price of Cher Tickets Continues to Rise Through First Dates of Dressed To Kill Tour"

Success should speak for itself.