Cher Concert Billboards Across America
Review of The Player

Poem with a Sonny Bono Mention 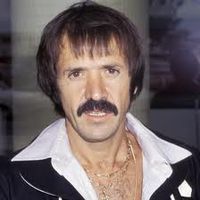 I love it when my obsessions collide. Poetry and Sonny & Cher. It rarely happens but when it does...happy day!

So I'm reading this great book of poems last week by the poet David Trinidad called The Late Show. It's a book of poems Cher would probably like because it's full of references to watching old late-show movies. The first poem, "The Late Show," is about Trinidad's memories of scenes from his favorite old movies. One poem is entirely about the film Penelope and ends with a reference to Turner Classic Movies. Another poem is just a creative listing of old movie titles. Yet another poem does the same thing with only Bette Davis movies.

One of my favorite pieces in the book is called "Hack, Hack, Sweet Has Been" and goes into depth about the making of What Ever Happened to Baby Jane? and Hush, Hush...Sweet Caroline as well as briefly cataloguing all the horror movies Joan Crawford and Bette Davis did after Baby Jane.

And of course the poem "Watching the Late Movie with My Mother" reminded me specifically of Cher.

Trinidad's poems remind me of Frank O'Hara (think "The Day Lady Died") and he's also a Barbie collector. The final poem is about how the worlds of poetry and Barbie-collecting intersect. It's called "A Poem Under the Influence" and surprisingly it referenced Sonny. Unfortunately the poem is too long for me to quote in its entirety (it's over 30 pages!) but here is the pertinent excerpt:

"I remember that What a Way to Go! was on a double bill with That Man From Rio,

but don't remember how (or if) I responded to Jean-Paul Belmondo's homely good looks.

The Beatles (already a sensation: "I Want to Hold Your Hand" topped the Billboard charts in

February '64) would soon clue me in: contrary to popular sentiment, I thought Ringo was

the sexy one. Later: Sonny Bono and Bekim Febmiu (of The Adventurers) turned me on.

I believe I saw a photograph of the latter wearing a skimpy black bathing suit in a magazine.

Cher gets all the credit for being a Gay Icon but maybe Sonny had a gay following, too. It explains the Truman Capote come-on as described in the new Cher biography.

Anyway, Trinidad is strummin my life with his fingers when he talks about the cut-throat world of poetry and how this can in any way coincide with collecting Cher dolls.