Music I Got for Christmas and How it Relates to Cher

I had a late Christmas exchange two weeks ago and I've been listening to some really good stuff I received on CD. CDs! So old fashioned, I know. 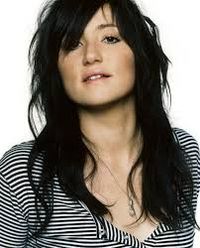 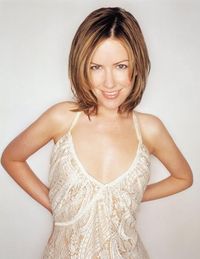 I received both the debut albums of K.T. Tunstall (Eye To The Telescope, 2004) and Dido (No Angel, 1999). While reading about them I discovered that K.T. Tunstall had badmouthed Dido in frustration after being told she sounded like her. She said Dido can't sing. Then she apologized and said she didn't want to get into a media war with anybody.

Considering Tunstall and Dido really don't sound that alike and considering their media images are so different (as the publicity shots above depicts), I can both see Tunstall's frustration; but I can also see she was taking herself a bit too seriously. It reminds me of Cher, not because she jumps into media wars and then expresses regret after the media machine exploits it, (although I was reminded of that), but because Cher has the flexibility to be both a tough-cookie and a sex-pot. She doesn't have to diss other women artists on that level.

I honestly don't think these women are even in the same category. I love the ethereal, highly-ornamental pop sound of Dido and the more stripped-down, but still rocking sound of Tunstall. I probably liked more of Tunstall's tunes overall, but her vague lyrics (vague even in attempts at being poetic) left me somewhat dissatisfied. "Under the Weather" is a good example of this. She's close to saying something but from a safe distance. But I still like it. And although I liked only about two-thirds of the Dido album, her lyrics were less opaque ("Hunter" and "My Life" being favorites), although they were less ambitious. 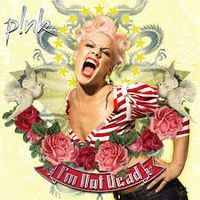 I also received that old 2006 P!nk album I'm Not Dead. This is the album with "Dear Mr. President" on it that Cher likes. Honestly, this seems like an entire album written for Cher in mind with songs like "I'm Not Dead," "Nobody Knows," "Cuz I Can," "I Got Money Now," and "Conversations With My 13-Year Old Self." The album is about a woman living the rich life and how criticism, men, and loneliness all play into it. A great album. 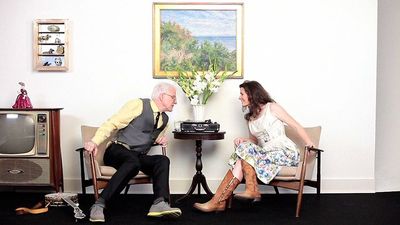 I also received the new album by Steve Marting and Edie Brickell, banjo-filled bluegrass called Love Has Come For You. I thought I would hate this album because I have a love-hate relationship with Steve Martin predating my knowledge that he ever even worked for Cher and I've never much liked Brikell since the 1980s and her annoying, free-spirited, faux-bohemian performances. But thankfully, she's over that now and not singing like street-urchin, Amy-Grant lookalike. I liked these tunes, these lyrics and nothing surprised me more than to read a thank you to Martin Mull in the credits for providing the piece of art you see between Mull and Brickell in the above picture which is a version of what is included on the album cover art.

If you've been a good Cher Zombie, you've been reading all about Steve Martin and Martin Mull working together as writers and rarely-seen performers on Cher's solo variety show. They are noticably absent in the interviews of the book and you have to wonder if they are all still friends. Maybe they were both busy. All I know is there is a great lyric by country-artist Mike Stinson that says, "I got your message when I never got your call." Interestingly, Steve Martin and Martin Mull are still in touch, at least in friendship through a love of fine art. 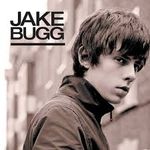 I also received the 2012 debut album by new singer Jake Bugg and this is a winner on all levels. Wall-to-wall great tunes in the same retro-stylings the British and Aussies are exploring right now, from Amy Winehouse to Adele to Daniel Merriweather to the Nosiettes to this set of rockabilly and alt rock and country.

Late last year I also received a four album set of Blossom Dearie. In many ways her sassy style and clever lyrics remind me a lot of Nellie McKay. She sings a version of Cher's oft-covered song, "More Than You Know" that is tasty. For some reason, the song "The Riviera" also reminded me of Cher and her days of appearing on Lifestyles of the Rich and Famous. She also does "Teach Me Tonite," a song Sonny & Cher sang as one of their TV show openers. One of my favorite songs by her is this quirky song, "Rhode Island is Famous for You."

Ja, Thanks for the David Guetta tip...will check that out.

Rob, Nellie McKay has a little girl voice too but whip smart lyrics...maybe that's why I'm linking the two.