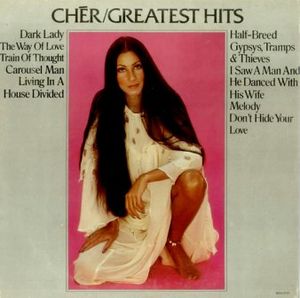 I just spent an hour working on this post and my Firefox crashed. For the love of God! But my arms are shot and so it’s mostly lost forever. Here is a slim overview of what I said.

Cher scholar Robrt sent me a message reminding me about a good photo of Cher’s feet from the 1970s. I loved this photo as a child: the hair, the tan, the feet, the hand posture, the look, the accent over the E.

Cher scholar Michael sent me an email discussing the negative implications of Cher using the C word. I never got around to covering this last week. I was so wrapped up in talking about the ironic response. I do support people “taking back” negative word meanings. Gay and queer are a good examples of reclaimed words. Third wave feminists believe they can reclaim the words bitch, slut and whore, disemboweling them of their power to offend. However, not everyone agrees words can be reclaimed of their power to hurt. And when groups do try to reclaim words, this can cause confusion between culture groups. For instance, when gay men say something is “so gay” or when black men use the N word, many people can't understand the nuances of one group owning rights to certain words. However, I do believe language is always in process and undergoing change. I do think Cher meant to use the word pejoratively thought (much like Alec Baldwin last week when he used the f**g*t word). She meant the word to be insulting. In this case, we have to ask ourselves, why is this meaning assumed to be negative? Why is a woman’s va-JJ such a bad thing it can so easily be hurled as an insult by men and women?

I’m reading a book now by Kim Addonizio where she discusses writing about sex and the glam-box (my new term). She says the c-word comes from the Middle English word cunte. Middle English. Huh.

Another friend also sent me word of Cher’s comments about Thanksgiving:

"Thanksgiving is a day to see family, eat food together and watch a movie...Not 2 celebrate the beginning of a GREAT Crime... We gave them Blankets laced w/ Smallpox,” Cher concluded.

This is interesting to me in light of my raised consciousness while working at the Institute of American Indian Arts last year. Some hot button issues in that community, (issues mainstream American is completely oblivious about), would be Thanksgiving and wearing their ceremonial clothing as costumery. I don’t know how Indian activists feel about Cher’s representations as Indian over her career; but I do think that since she has that history of costumery, because she claims Indian heritage, this is a positive statement from her about American Indian consciousness and makes available a high level of public awareness. 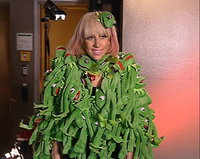 So after I questioned Lady Gaga’s ability to do variety TV last week, she goes and does a Thanksgiving special with the Muppets. I had no idea and didn’t see it. Was she any good? The ratings were bad according to reports. I wonder if American might be suffering brand confusion with Gaga (similar to what American experienced with Cher between her Vegas shows, Sonny & Cher on TV and the Allman & Woman and Black Rose products and tours). Gaga did topless photos in V Magazine. She releases a meta-single called “Applause” and then does work with the Muppets. Is she an adult or all-American act?

Am loving the new Cher bio. Am very impressed with the copious amounts of research and interviews Howard has done. Am learning a lot and finally, another Cher historian who cares about surname spelling!

For next week: Cher on Vivement Dimanche -- see the clip on Cher News.