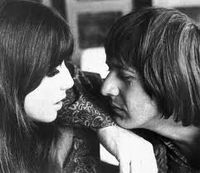 So one of the reasons I've been lagging at posting in the last few weeks is I've been finishing up a University of Pennsylvania MOOC (massive open online course) on Modern American Poetry.The class (attended worldwide by about 35 thousand people!!) was haaaarrd. Harder than the graduate poetry classes I've taken. Not only did it require hours of lectures and four essays but the poems were mostly experimental and difficult, starting with Emily Dickinson and going through head-scratching modernists like Gertrude Stein, the language poets and experimental conceptual poets. Our last essay tasked us with writing a mesostic poem. 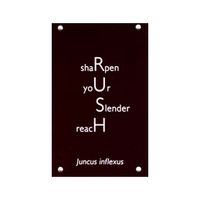 cept a word gets spelled down the middle and the source text is a jumble of words from a "found" text. There's a complicated set of rules on how to select individual words from the "seed text" that has now been developed into a computer program developed for an experimental poet named Jackson Mac Low and used heavily later by experimental artist John Cage.

We were asked to find a source text and pour it into an online program called a Mesostomatic. The program would do the calculations and produce poems for us based on the formula. Since this is not typical creative authorship, it is called writing by "chance operations." Most people think this type of writing is hooey but some writers believe lovely art can come from chance operations (Jackson Pollock was one) and some fans of these mesostics call the program an "oracle" for the eerie results it produces. I believe humans read into all art something of themselves. If you want to see something, your mind will see connections. And that's the real oracle about it. But whether you believe in divine intervention or the power of the human mind, it's all fun.

Since I've been in Sonny & Cher TV Land for so many weeks, I decided to use Sonny & Cher lyrics. I also had to choose "spine words" for my poems, those words that flow down the middle. And I had to produce an essay "explicating" (reading meaning into) the output. Here's what I did:

"My source text is composed of three of Sonny’s three most popular songs (composed for Cher to sing: “Bang Bang” from 1966,  “The Beat Goes On” from 1967, and “I Got You Babe” from 1965), and one song lyric that was a collaboration in authorship that included Cher (a 1973 reworking of a Seals and Crofts lyric for the song “Chastity Sun,” a tribute to Sonny & Cher’s then-daughter Chastity—now Cher's son, Chaz Bono).

The spine terms I chose were BIOGRAPHY (because Cher text raises many questions of reinvention, identity, drag, authorship and autobiography); SONNYANDCHER (because the lyrics—and Chastity—were all “authored” in some way by Sonny and Cher); DAUGHTER (in light of Chaz Bono’s 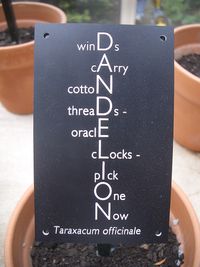 recent gender reassignment and the fact that Sonny and Cher both conceptualized their child as a daughter); and the term POSINGATARTIFICE (“posing at artifice” because Sonny and Cher have consistently attracted controversy around the idea of “being artificial”). This final long phrase, however, seemed too much for the Mesostomatic and returned the least amount and the least sensical results.

Because “posing at artifice” produced no usable results, I made that the title of the completed set. I deleted the mesostics I didn’t like, added punctuation, a word or two (noted with an asterisk), and re-ordered them.

The results were very cryptic and I definitely used matrixing (a term from the show Ghost Hunters for the human tendency to try to make meaning from noise) to make my meaning. My biggest “ah-ha” moment in this exercise came with an awareness that being a fan (of anything including poetry) involves the same kind of matrixing.

In Section 1—Biography, I see black as dealing with being an outsider and a fighter, juxtaposed with the idea of Sonny & Cher music as light music for teenyboppers. The emphasis on rhythm connects to Sonny Bono’s emphasis on the rhythm section when producing albums.

The next stanza refers to lines from “The Beat Goes On” and speaks to “times a-changing” in the mid-1960s. This stanza into the next continues with the idea of perseverance (“climbing, I got so tight”) and asks, are hits proof of value? I tampered with the line (changed his to make it hits…it was so close!), but you can find a feminist reading if you revert the word to “his.” The stanza ends with a kind of a confrontation of the 1960s term baby or babe.

The next stanza can be read as Cher’s image-making and costumery juxtaposed with her alter-ego as a activist tweeter, ending with the Sonny & Cher ethos of simplicity and togetherness.

Section 2 deals with Chaz Bono and his struggles in being Chastity (how she grew “Round”), how he altered his life and “his-tory” and gained “gROUND” in transformation. Stanza two deals with sexual identity and rage, ending with an emblematic sign of femininity/sexuality, the miniskirt. Stanza three brings God into the picture. I was surprised how many times the Mesostomatic invoked God from the text. I read this stanza as ‘God is Good,’ as an affirmation of sorts.

Section 3 is more universal and asks us not to over-intellectualize history and culture (good luck with that) and possibly is the machine's subtle dig at my attempt to make “posing at artifice” a spine word, although history has changed music by changing the means of production, creating a mass-production consumer culture, especially affecting young girls.

Stanza two says “I got this, baby,” an understanding of the hidden perils of innocence, who God ultimately loves, and how endings are beginnings. The third stanza is one that brought the most chills. We kiss Sonny goodnight (in death) and the stanza expresses a kind of one-ness between Sonny, God, and Chastity as all coming from the same source.

I included a coda of the scraps the Mesostomatic generated after each spine word grouping. Again God is invoked, along with will and hesitation."

So, the point of this is to show how explicating art takes work and some amount of matrixing and that randomly generating things can be pretty at times.

I created a page for this Sonny & Cher Mesostic (including youtube song clips of the source text and references) from: http://cherscholar.typepad.com/i_found_some_blog/sonny-cher-mesostic.html